BALLOT GUIDEOPB coverage of the May 17, 2022 election
In The News
Primary preview
Abortion rights protests
COVID-19 in Oregon schools
Alaska Airlines woes
Unhappy about Portland
Real estate ‘love letters’
THANKS TO OUR SPONSOR:
Become a Sponsor

This is the second part of a series on challenges facing wildlife refuges. Read part one here.

The nation’s original waterfowl refuge may be too dry this year to provide much hospitality for migratory birds arriving in the Klamath Basin.

You could blame it on the region's prolonged drought.

But critics say that's not the whole story. They also point to the way water for the Lower Klamath National Wildlife Refuge has been managed.

Jim McCarthy is one of those critics. He's the Southern Oregon program director for Waterwatch of Oregon. McCarthy led an informal tour recently around the Lower Klamath.

“You can look to the left and you will see green pasture and agricultural crops. And on the right you will see cracked mudflats and dried-out marshes,” McCarthy said.

In 1908, Teddy Roosevelt made Lower Klamath Lake America’s first federally designated waterfowl refuge. Since then five other wildlife refuges in the Klamath Basin were established.

The idea was to protect wetland habitat for birds in this arid region spanning Southern Oregon and Northern California. The refuges' shallow marshes, open waters and upland terrain are used by more than a million birds -- mallards, snow geese, ibis and pelicans among them -- during spring and fall migration along the Pacific Flyway. Many bald eagles also winter there.

Until early in the twentieth century, the Klamath River would spill over and form vast wetlands. Then a raised railroad bed was built that cut them off from the river.

Now the refuge relies on rainfall and whatever water is left from nearby farmers’ canals and ditches.

“The Upper Klamath Basin may have had the largest concentration of waterfowl in North America and indeed the world," McCarthy said. "Unfortunately, if these refuges don’t have any water they don’t provide the habitat —- so those birds either have to fly farther or they’re just not making it.”

The acting refuge manager is Greg Austin. He agreed that the water situation is tough.

“We’ll probably be dry by the end of July would be my guess,” he said.

Austin estimated there are fewer than 2,000 acres of wetlands right now -- only a small fraction of the 80,000 acres that were historically wetlands. And this summer, the Lower Klamath refuge will essentially be a cracked lakebed.

Austin says there are a couple reasons for this. One, it’s a drought year. Two, the refuges are among the lowest priorities for receiving water. 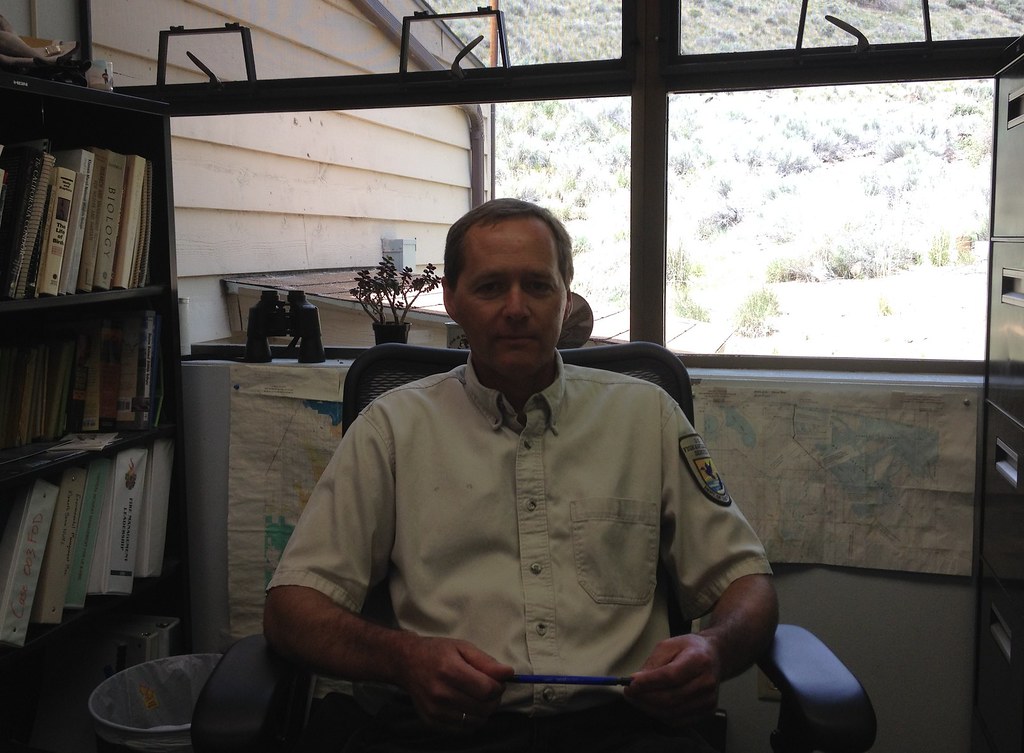 “Right now, the way the water rights are, that’s what we have,” he said.

Water rights became enforceable in the Klamath Basin in 2013 after a decades-long legal battle.

In June of that year, The Klamath Tribes and the federal government invoked their senior water rights. So in the middle of a deep drought, many ranchers and farmers who were lower on the water-rights pecking order were told to stop irrigating their fields.

The Lower Klamath refuge's wetlands fared no better. As it stands now, the refuge’s most senior water right goes to support agriculture rather than bird habitat.

The crux issue is that farming has been allowed on refuges since at least 1964. That's the year Congress passed a law called the Kuchel Act, which authorized the government's leasing of land in the refuge for agriculture.

Each year, the Bureau of Reclamation is responsible for delivering water both to area farmers and to the Lower Klamath refuge.

“Historically, water for wetland purposes has been provided by those irrigation return flows -— which have really, largely, been sufficient to meet the needs of the refuges,” explained Tara Jane Campbell Miranda of the Bureau of Reclamation’s Klamath office.

The bureau recently put out a 2014 drought plan, describing its planned water deliveries for agriculture. But it doesn't mention the refuges.

Miranda said that commercial farming on the refuges is “consistent with the Kuchel Act and it is wildlife compatible –- and so that’s how those lands are managed.” 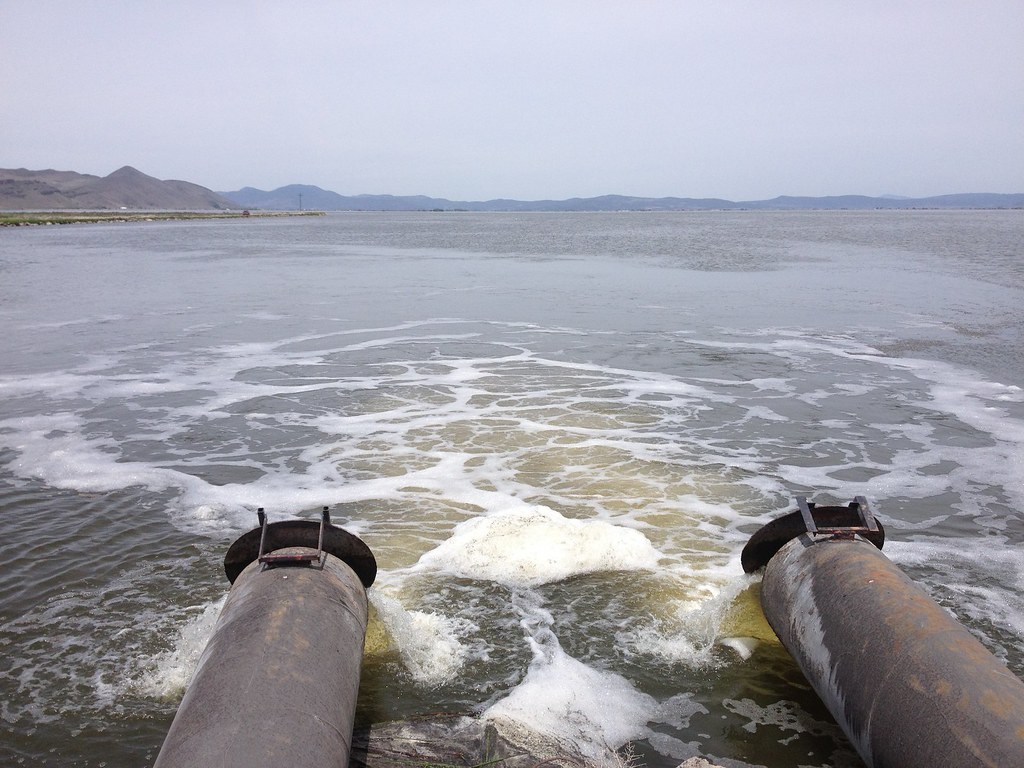 Some conservation groups disagree that the refuge's water management approach meets that legal standard of being "wildlife compatible." They say using limited water for farming rather than wetlands doesn’t work for wildlife.

“The lake has been allowed to go bone-dry, literally not any water on Lower Klamath Lake, completely dry. It looks like a desert,” said Bob Sallinger, the Portland Audubon Society’s conservation director.

Sallinger says those aren’t suitable conditions for migrating ducks, geese or other waterfowl.

Biologists estimate 80 percent of migrating birds on the Pacific Flyway visit the Klamath refuges; they come to breed, nest and feed.

When waterfowl don’t have enough habitat, they end up crowding together. That increases the likelihood of deadly diseases.

“Over the last couple years, we’ve had huge disease outbreaks of botulism and cholera that have killed upwards of 20,000 birds,” Sallinger said. “That’s a direct result of the fact that there’s so little water during the spring and the summer.”

Seeking A Path Forward For The Refuges

An important part of new federal legislation would put into law the Upper Klamath Basin agreement recently worked out by local ranchers, tribes, and government agencies. A provision in the bill would provide more certainty around how much water the refuges would receive and when they would get it.

Some notable conservation groups support the bill. They include American Rivers, Trout Unlimited, The Nature Conservancy and Sustainable Northwest. 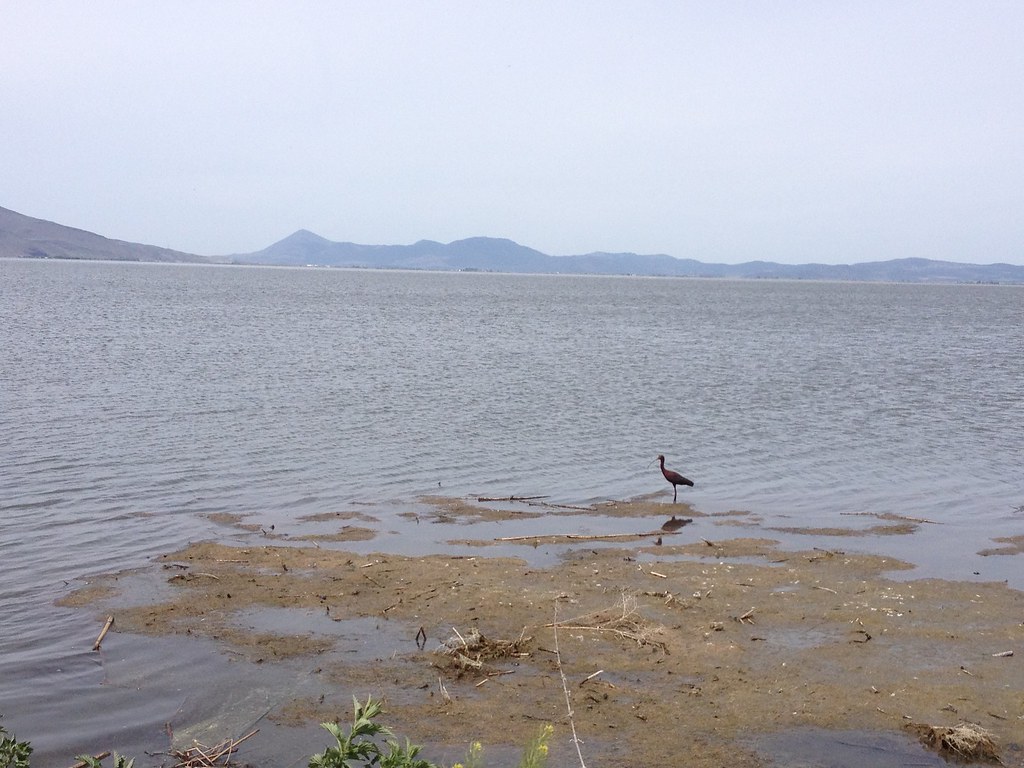 But not all conservationists are on board. Among those in opposition is Sallinger's Portland Audubon Society, which has joined with two other conservation groups to file a lawsuit challenging how the Klamath Basin refuges are managed.

The lawsuit would compel the U.S. Fish and Wildlife Service to put out a draft of the conservation plan, take public comments and finalize the plan. The goal is to force the federal government to stop providing water to farms in the refuge at the expense of wildlife habitat.

“The refuge came up on the short end of the stick unfortunately," Sallinger said, "and we don’t feel that it goes anywhere near far enough in terms of restoring what’s needed at the refuges.”

There's more in our series on challenges facing wildlife refuges.

Monday: Turning Around Malheur Wildlife Refuge One Carp Carcass At A Time

Tuesday: Not Much Refuge In Klamath Basin For Migratory Birds