It was hard to tell where the snow ended and the sky began – a strange, dim-white blanket that didn’t end.
On Jan. 11, the occupiers of the Malheur National Wildlife Refuge outside of Burns, Oregon, were there to cut fence. A bundle of photographers, TV camera operators and other journalists, including me, were there to capture the action. 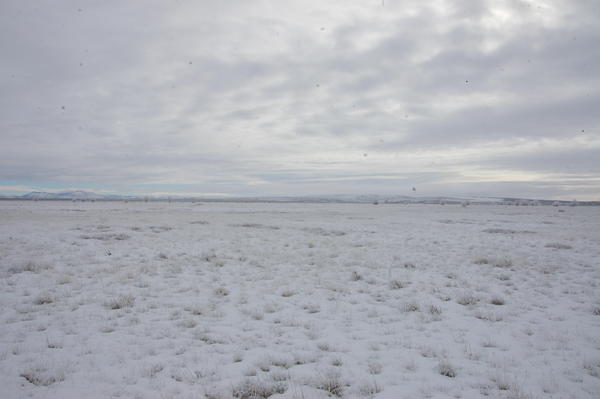 We had convoyed with about 15 large SUVs and pickups somewhere around 12 miles of snow-packed dirt road, cow path and open field. 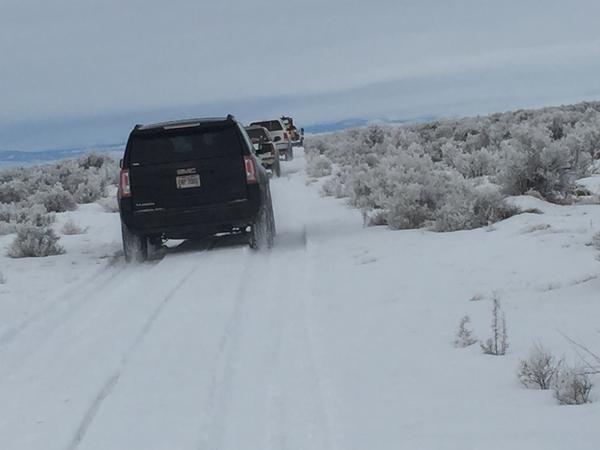 Then we stopped and bailed out of vehicles at a spot where private land and federal land met.

Just a half-buried skeleton of barbed wire and metal fence posts divided what was all right in the West from what was wrong – according to the occupiers. 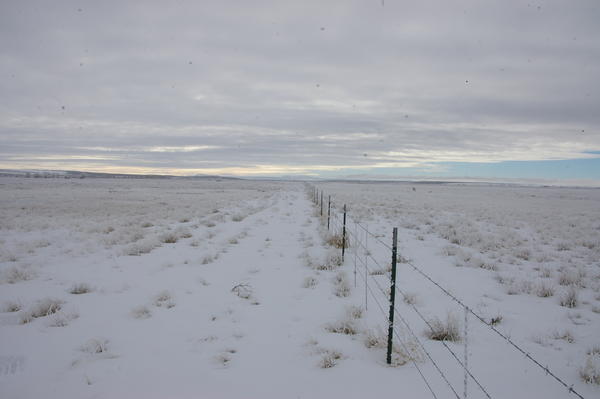 I burst out the door of our white Chevy Tahoe and ran toward the action. I started rolling tape right away, wrangling my small recorder and shotgun microphone in icy hands. 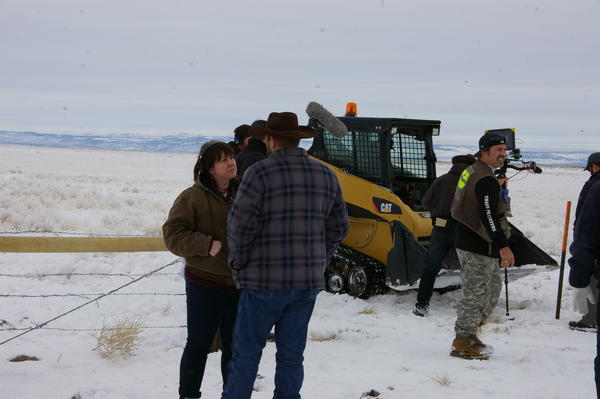 I grew up on a small cattle ranch, and I recognize differences among rural subcultures and people. The differences I noticed that day among the occupiers stayed with me and made me wonder about what’s next for them.

The occupiers style and comport themselves very differently from each other.
The Bundy brothers, who self-identify as some of the leaders of the Malheur occupation, wear winter felt cowboy hats in brown and lined flannel shirts. They speak about their beliefs and plans in a cowboy-like manner: soft voiced, deliberate and calm. 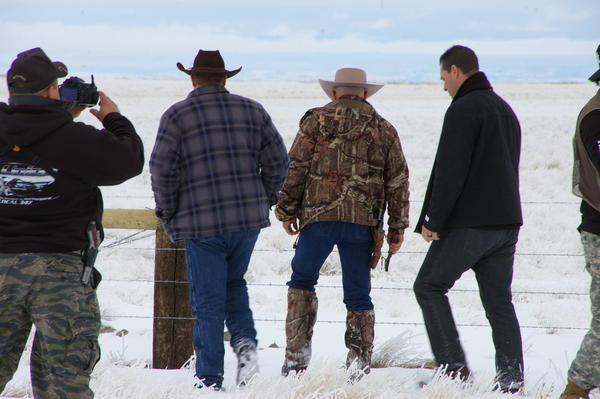 But others who have flocked to their Mormon banner of Moroni in remote Oregon are more agitated, make sharp movements and yell. Some sport camouflage or all-black clothing and neck tattoos. Some speak with a military staccato and have shaved heads.

Pete Simi, associate professor of criminology at the University of Nebraska, Omaha, studies radical groups, extremist movements, social movements and violence. He told me my observations about the occupiers’ differences in dress and comportment signal deeper differences in ideology.
“Within the larger universe of right wing extremist movements, there are smaller subcultures,” Simi says.
“Within these different subcultures they may have different emphasis in terms of things like style or how they present themselves, even some of their beliefs may have emphasis in one direction more than another. And so depending on specific ways people are dressed, that can be a signal on what kind of subculture they might be in. For instance: One of the more kind of visible subcultures among some of these right-wing groups is called the skinhead style. That’s typically associated with individuals that shave their head, wear flight jackets, often heavily tattooed and they tend to be more aggressive and in-your-face type of attitude.”
It’s important to point out that like not all rural whites are supremacists, not all supremacists have rural lifestyles and attire. Some white power believers come highly educated in polo shirts with a GQ style; others look straight out of a street gang.

Another thing I noticed out in the snow that day…

These rebel cowboys had trouble taking down a small patch of fence. (Some of them were city slickers.)

At the fence cutting Ryan Bundy quickly grabbed up a screwdriver. He used it to dispense with the twisted stays that hold the barb wire in place between metal posts. 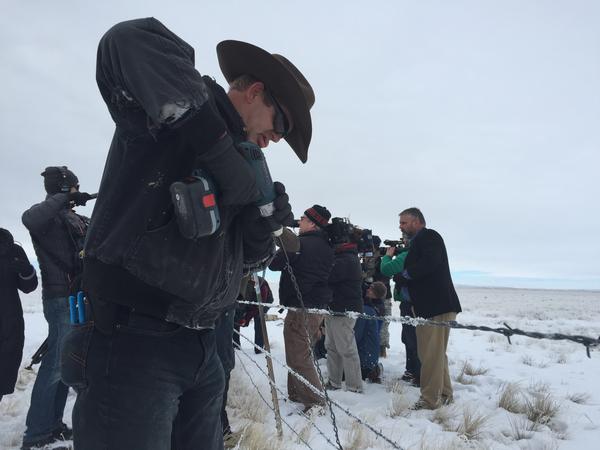 Camo-wearing rancher Robert “LaVoy” Finicum stood a few paces away, deliberately explaining to a tight herd of city-based journalists how the occupiers were going clip out several sections of fence so cattle could move. He calmly laid out the upcoming maneuvers for the press like the steps to arithmetic for school children. 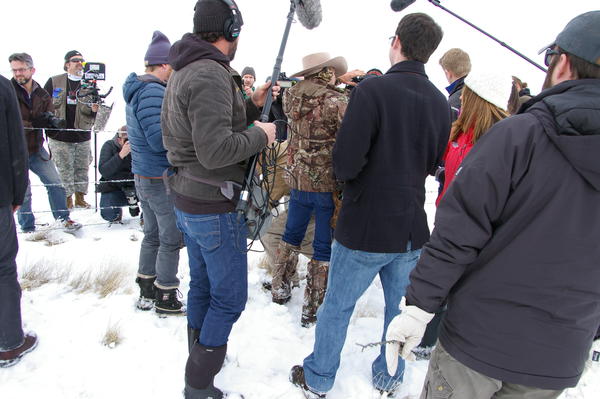 Ammon Bundy helped wrap a long chain around each dug-in fence post to help pull it out of the ground with a small federal CAT dirt pusher.

But some of the others weren’t as skilled with these rural basics.
Jon Ritzheimer, of Arizona, struggled with his bare hands to wind barbed fencing back on itself so it wouldn’t entangle cattle. News outlets describe Ritzheimer as ex-military and anti-Muslim. Finicum tried to give Ritzheimer friendly pointers on twisting wire. 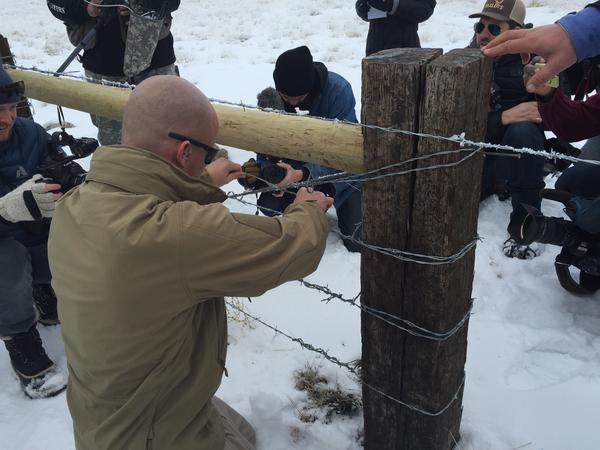 Ritzheimer gazed up into camera lenses and joked with the press. “I’m from the city,” he admitted, “but I’m not afraid of hard work.”

Sociologist Simi says often we lump armed groups like these into a stereotype. But he says these groups are actually quite diverse.

“There certainly are efforts to bridge these gaps and to kind of unify across kind of different divides that exist,” he said. “But these divides certainly do create conflicts and tensions and lead to potential infighting, because of these subcultural differences people see themselves somewhat at odds with one another.”

How Militants May ‘Indict’ Non-Believers

That can be a strength but also a challenge, he added.

The Bundy brothers have called several times on media and the internet for supporters of their actions to join them in Harney County. It appears many – some from hundreds of miles away – have answered that call.

“When you put that call out, you don’t know who’s going to answer that call,” Simi said. “What possibly you are seeing there is these different subgroups that fall along this continuum of right-wing extremism.”

And finally at the fence cutting, I noticed that …

Many of the occupiers want to lead the group.

Or, at least, they want to appear as leaders to the media.

Finicum, a pistol strapped to his side, gave a non-stop narration to cameras of what was happening on this swept stretch of snow. 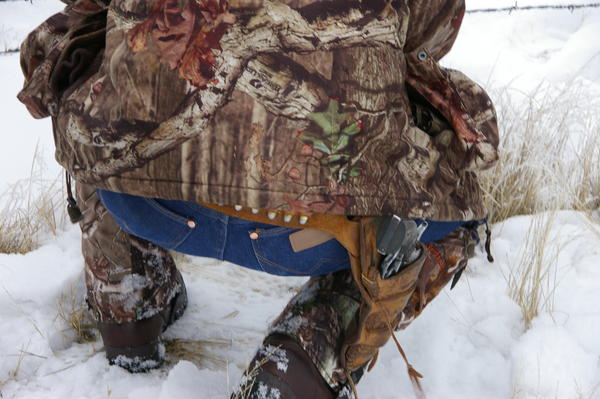 At the same time, Ritzheimer jumped around the scene sort of like an abrasive, scrappy dog. I’m about 5 feet 3 inches tall, and he wasn’t any taller. When the fence was finally cut down and opened up for cattle, he screamed, “Freedom,” Braveheart-style.

Simi says with all these diverse players, it will be the occupation leadership’s great challenge to keep the group together and headed in the same direction. 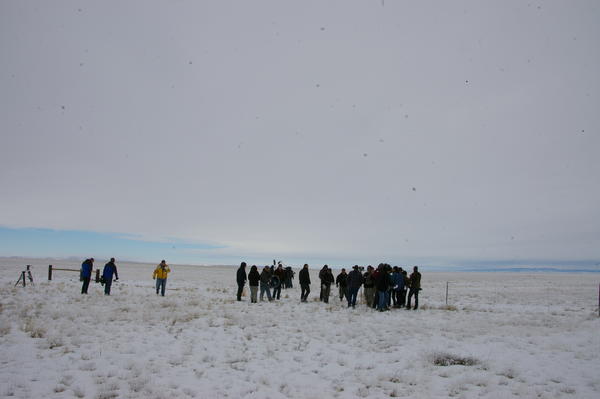 Simi says it will be hard for the group to keep all these diverse players working together without a small faction breaking off to take their own action.

“They’re cooped up; they’re getting on each others’ nerves. You already got people with pretty strong personalities to begin with,” Simi explained. “Everyone thinks they have the right ideas for exactly what the group should be doing. So the potential for a lone person to kind of go off on their own … that’s a really dangerous situation.”

Simi says that can happen even when a radical group is not necessarily planning to be violent.

“What often happens is that one or more individuals, a small clique will say, ‘Look, I’ve heard enough talk. Now it’s time for real action.’” Simi said those turns can end in real violence.

Nearing the end of the fence takedown operation that Monday afternoon, the occupiers balled the cut fencing into the back of a pickup truck to carry it away. 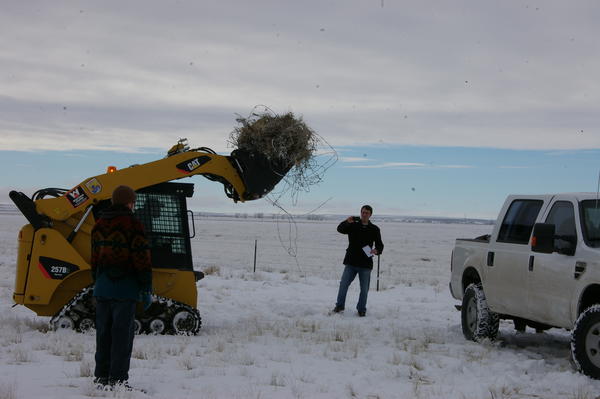 The action of the day calmed a bit. News crews stood in the snow, discussing the last detail shots they should bag.

Then Ritzheimer yelled at the top of his lungs, “We’ve got work to do. Load up!”
The occupiers and entourage of press scrambled back toward vehicles, dozens of car doors slammed. 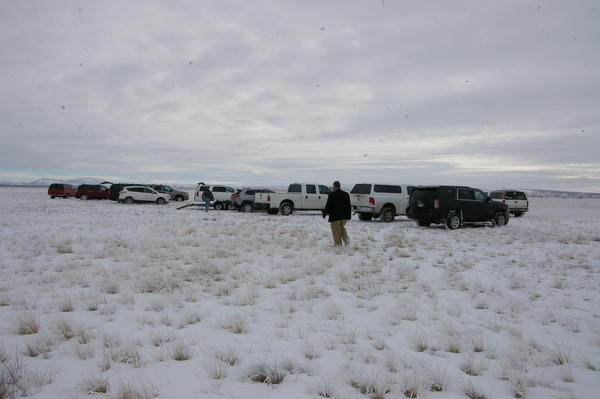 A tall man dressed in all black with dark glasses and close-cropped hair glanced around him. He opened the back pickup door for Ammon Bundy. He softly shut the door behind Bundy, VIP-style.

But Simi says when the door slams on this Malheur occupation and these men eventually leave, that’s not really when it all ends.

“For this to have … an inspiration for someone who goes off on their own is certainly not implausible at all. Unfortunately I think it’s fairly likely,” Simi said.

“It’s not the end; it’s not the end. This is a moment in which people are coming together and radicalizing – the radicalization doesn’t just stop. This is an incubator of sorts, a laboratory in which people are coming together and trying. They’re experimenting. What comes after this occupation we don’t know. But to assume it’s the end of the story, at the end of the occupation, is shortsighted at best.” 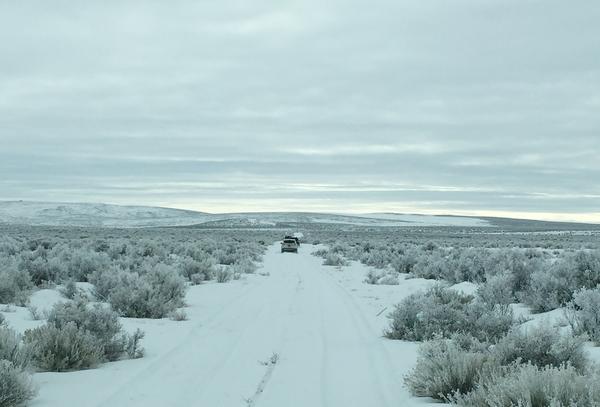 Out in the snowy field, occupiers drove back along icy dirt roads at nearly 70 miles per hour. The SUVs full of media hung close on the snowy turns back to the refuge. I’m guessing those tailgating me didn’t want to get lost in the bleak cold either.

More From An Occupation In Eastern Oregon

Meet The Women Of The Occupied Refuge

Khanh Pham Is Going To Salem, And Bringing Her Community With Her

Live Updates: Clark County Steps Back From Reopening Amid Outbreak