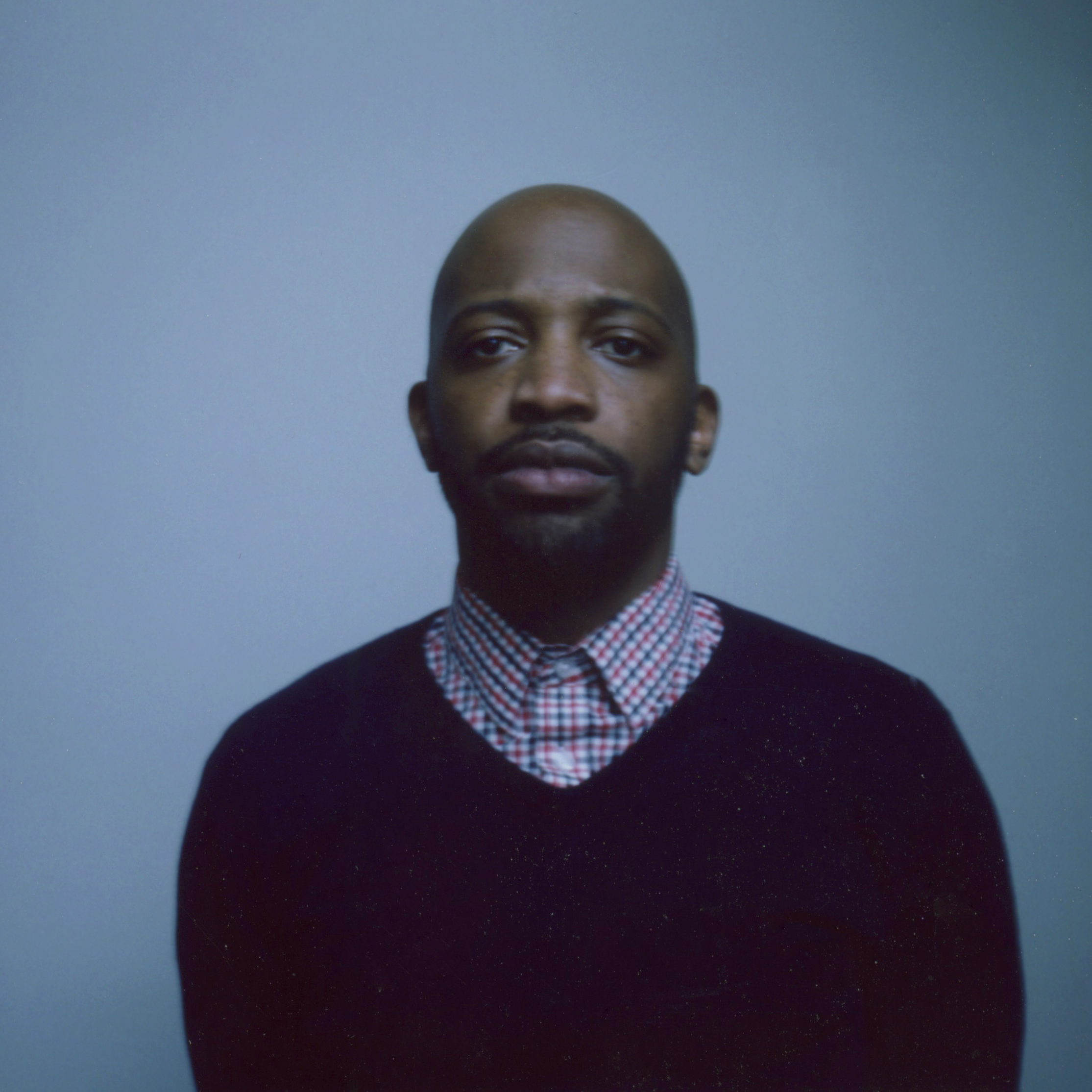 For those in attendance, it was a life changing moment, a musical revelation and a night they would never forget.

Exactly three years later to the day, on April 21, 2016, Prince Rogers Nelson was gone. Prince, one of the most talented musicians the world has ever known, was found dead at his Minneapolis home.

The news of his death shocked and saddened anyone who had ever listened to his classic albums, watched his movies or danced to his songs like it was 1999.

Issac Slusarenko | Co-owner of Jackpot Records: "It's just another creative mind lost too soon. That sums it up. I think everyone agrees "Purple Rain" is a quintessential record. And also the film itself is a great film. Personally I like his self-titled album, but everyone should own "Purple Rain." Everything (Prince albums) is going to go today. Record labels will make a mad dash to make the records to sell. Employees not working are texting me to talk about it. He's one of the artist that influenced so many styles of music and musicians, so its going to be a crazy day of remembering Prince."

Matt Fleeger | Director of KMHD: "Back in 2004, I had the pleasure of spending the good part of a day with Herbie Hancock. He was playing a show at the radio station I was working at had put on. When Herbie stepped out of his limousine, he had a black T-shirt on with Prince's face, larger-than-life, screened on the front.

During an interview later, I asked Herbie whether he was a fan of Prince and he gave his (paraphrased) response: “Yes, I’m a fan. Prince is the greatest living guitar player.”

That statement just hung out there for a few moments. Having never seen Prince perform live before, I didn’t know what to make of it. I would later witness his genius live in concert.

April 21, 2013, Roseland Theater, Portland. At the 2013 Soul’d Out Festival, Prince played two sold-out performances to the 1,400 person capacity Roseland Theater. These were among the most intimate shows Prince had played in decade. The performance was truly one of the highlights of my musical life.

I went to the late show, and Prince played with extreme passion until 2 a.m., demonstrating both his virtuosity and the sort of pure soul he exhibited throughout his career. He had the entire audience eating out of the palm of his hand. After the show, he donated the profits to Thara Memory’s American Music Program."

Thara Memory | Musician, educator, composer, artistic director: "I didn't know him personally, but he knew me through another friend of mine and a promoter here, the last time he came. He donated $5,000 to my program from the nights receipts.

Prince was a Jehovah Witness, so his life has been really changing in the last few years. He was going to cities and finding ways to put money into music projects … that was very significant. As far as his music, the mantel passed from James Brown to Prince. He was a very clever man and when he had Maceo Parker (the James Brown saxophonist) playing with him, it showed me he really respected the tradition and that he wanted to get that real funk. I'm not sure if our young folk can really handle the funk."

And he’s at the top because he changed a lot in the music industry. In the 80s, it was like if you wanted to sell records, you had to sound like him. It wasn't in his mind to change the world, he was just being him.

It’s a lot of Hendrix and James Brown and Sly, but he took those elements and made something new. I’ve never seen fans like Prince fans ... some people have great fans, but he had something special.

He touched a lot of people, including me. I do it (Prince cover band) because I feel it: I'm a musician. I’m not Prince, but when I'm on stage, I am giving people Prince. I can take a little piece from every show I've seen and incorporate it for the people, and you’re going to get the best experience that I can give you. The man was just a genius when it came to music. We don't have any shows this weekend but even if we did I don't think I would ... I think I need a few days to take it all in ... I think when we do our next show it’s going to be a lot of tears."

Nicholas Harris | Co-owner of Soul'd Out Productions, booked Prince to come to Portland in 2013: "As a Midwestern child of the 80s, my first memory of Prince was of sneaking down to catch a glimpse of my babysitter watching MTV and Prince's video for "Cream," which was relegated to the late-night segment of their broadcast schedule. It was quickly apparent why.

I did not get why my babysitter was alternating between screams and moans as she hugged the TV set, but I knew that whatever was affecting her was powerful in a way I couldn't comprehend.

Skip forward to the fallout from his name change and showing up at awards shows with "SLAVE" scrawled across his cheek. This truly larger than life figure had become a laughingstock, a punch line for other musicians and late-night comedians alike.

Again, I was simply too young to understand why this fabulously successful "artist formerly known as" would create such trouble for himself and his fans by biting the corporate hand that had fed him his millions.

And, once again, it would take many more years of maturity to understand the power he had as an artist, how ahead of the curve he was in what direction the industry writ large was heading, and how right he was in speaking his mind and calling the music industry out for what it was — a craven, cultural-commodification machine.

Fast forward one last time to my own migration to the Pacific NW and the legend picks up right here in Portland. No more than a month in my newly adoptive home and someone puts in my hand what would become the greatest live recording I would ever possess, a bootleg copy of Prince's late night show at Roseland Theater from his 2002 "One Nite Alone Tour."

As someone who prided myself in musical breadth and knowledge, I was completely knocked off my foundation by the sheer musicality and unbridled energy that came through in his performance. Not only did he have some of the best musicians on the planet backing him up (Maceo Parker, Larry Graham, etc.), they were along for the ride in every sense of the word, subservient to his vision and power.

How had I not seen past the glitzy packaging of his 80s mega-pop hits? How had I overlooked this transcendent, once-in-a-generation artist who excelled effortlessly at all things I cherished in my music? As I listened to that album on repeat, any lingering doubts of his musical power fell alongside the wrapping paper that had distracted my eye from the true gift inside.

The final chapter reads like this — we were extremely fortunate on April 21, 2013, (3 years to the day prior to him passing) to bring Prince to Portland for what would be his last two performances ever in this city, once again at Roseland Theater. In all the excitement (again, lots of screaming, though now from my own mouth) and hoopla (Roseland painted purple, hair-washing station installed in the green room, absurd contractual obligations, thousands of dollars in tickets set aside for local charity), another moment of clarity came to me by the midway mark of his second performance that night. This was a demigod of the American consciousness: someone who had altered the course of untold millions' of lives through sheer creative force — and always on his own terms. This was a being who had found out his super power was music and who decided to use his super powers for good.

From "I Wanna Be Your Lover" (hastily written in response to his label Warner Bros' protesting of "not having a single") to "Baltimore" (written in response to, and performed live in the middle of, recent social/political upheaval in Baltimore), Prince allowed us all the opportunity to not just see true greatness in action. Not just to have his internal creation be the soundtrack to our own intimate lives. Not just to witness up close and personal the sparks that can fly from tapping into the energy we all share when on a common vibration. Even more importantly, he showed us that we all have our own power and the choice in how to use it."

For even more Prince, check out selections from his classic 'Purple Rain,' at OPBMusic and listen to a 16-year-old guitarist named Prince Rogers Nelson on one of his first recordings.