When Portland Went On Lockdown: How Oregon Reacted To The Pandemic Of 1918 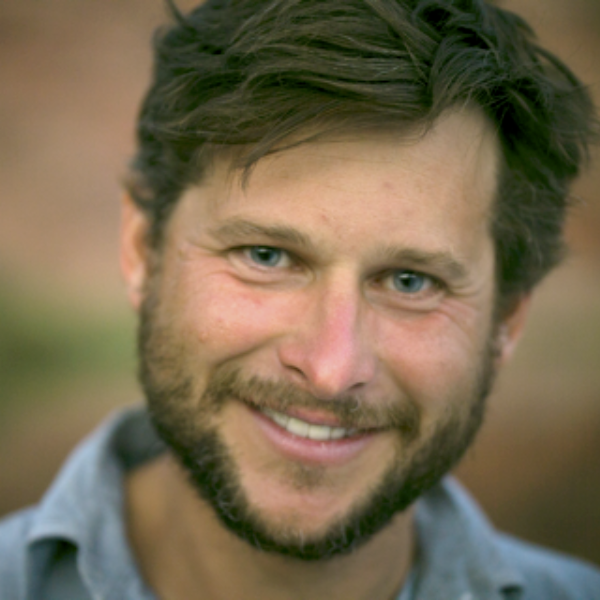 “Sneezers and coughers beware!” read the evening edition of the Oregon Journal on Oct. 5. It was a Saturday night. Many folks had plans to head to the movies. And it was raining. Fall had arrived in Portland, and with it the usual cold and flu season. But starting now, the newspaper announced, anyone who sneezed or coughed in a public theater would be asked to leave immediately.

This unexpected rule was a precaution against a new flu virus spreading across the United States, explained the article. It then reassured that no cases had yet appeared in Oregon.

The first case of the new deadly disease had arrived just two days before.

The year was 1918. In Europe, the First World War was raging. Mixed into the headlines from the battlefields came reports of a growing wave of sickness. Where the disease had originated was unknown, but because newspapers in Spain, uncensored during the war, had been the first to cover this growing health concern, it was dubbed “the Spanish influenza” or "Spanish flu" for short.

The Spanish influenza pandemic became one of the deadliest events in history. It infected as many as one in every four humans on the planet, and it resulted in an estimated 50–100 million deaths. The pandemic killed more people than World War I — and in a shorter amount of time.

Today, scientists have identified the virus as a novel H1N1 strain of influenza. Like the current novel coronavirus pandemic, the term “novel” means humans had never been exposed to it. And because people had no previous exposure, they had no immunity to it.

Although the Spanish flu struck Portland more than a century ago, how Portlanders reacted then has an uncanny parallel to what we’re experiencing now.

The virus arrives in Portland

The first confirmed case in Portland was a soldier, a private on his way to Texas for training. One day he was feeling fine. The next day he felt ill and checked into the Portland city hospital. He was diagnosed with the Spanish flu and sent into military quarantine.

The symptoms started with a fever, like a common flu. There were no outward signs of infection, unlike the telltale dots of measles or smallpox.

Spanish flu, a type of influenza virus, took hold of the upper respiratory system. Like the coronavirus today, it caused difficulty breathing. Similarly, it spread nearly invisibly, in the airborne droplets of coughs and sneezes.

As the sickness intensified, so did the pain. Patients would cough blood and start to turn blue from a lack of oxygen. A lethal type of pneumonia set in and caused an uncontrollable hemorrhaging that filled the lungs, leaving victims to drown in their own blood.

Young children and the elderly were vulnerable, as would be expected, but what was baffling about this new strand of flu virus was how it struck otherwise healthy people, particularly those in their 20s and 30s.

This was the same demographic as the soldiers sent to Europe to fight in the First World War. As such, the disease spread quickly among troops who were housed in barracks and traveled in close quarters.

During the war, the square, two-story brick building of Benson Polytechnic School in Northeast Portland was a training center for 300 cadets. It became the epicenter of the outbreak when it reported four confirmed cases of Spanish flu. The building was immediately put on lockdown.

Portland’s health officer, George Parrish, got to work. He started a list of public places to designate as “no sneeze” zones, including schools, churches and street cars. “Persons should be careful not to sneeze, cough, or otherwise spread disease germs on crowded cars,” he said. He asked local pastors to help deliver the message that Sunday.

The Morning Oregonian reported that Parrish was "confident that preventative measures and the application of proper precautions on the part of citizens will serve to hold the malady at a minimum."

Seattle had been hit with the virus, too. There were already at least a dozen deaths. Seattle’s mayor banned public dances and asked people to refrain from congregating in churches.

In Washington, D.C., the nation’s capital was already starting its lockdown. The White House, Capitol Hill and the Supreme Court closed their galleries to the general public.

The Red Cross mobilized its chapters across the country. It dedicated its supply of hospital materials to the cause and asked all nurses to report and be ready.

The surgeon general asked all state health officers to close schools and places of amusement and suspend all public meetings wherever the virus had been detected.

Spread the word, not the virus

In Portland, Parrish launched a public awareness campaign. He met with theater owners and asked them to show slides before movies to tell people to cover their sneezes. He urged teachers to ventilate classrooms and to teach influenza prevention and treatment to their students.

As a precautionary measure, school assemblies and gym classes were suspended.

But there was no real way to know to what extent the virus had spread across the city.

Had they caught it in time? Could it be contained just by isolating the soldiers? No one knew for certain, but at that moment Portlanders were optimistic.

“With the few cases which have been authenticated here so far, there seems to be no need of immediate action,” stated Portland’s mayor, George Baker.

In addition to the closures, stores and businesses limited hours. Portland’s famous department store, Meier & Frank, asked customers not to come into their store but rather to make delivery orders.

Officials urged Portland residents to wash their hands and keep at least 4 feet apart — the prototype of “social distancing.”

Three days later, the newspaper reported the first Portland death from the virus.

Too little too late?

By Nov. 3, exactly one month from the first case diagnosed in Portland — the death toll in Portland had risen to 227.

Seventeen people had died in Seattle that day; 15 the day before. San Francisco was hit with nearly 2,000 new cases in three days. They made wearing a mask mandatory, punishable by fine or imprisonment.

The epidemic was escalating so quickly that it was growing difficult to track.

Yet, as they glanced down to the daily political cartoon, they saw kids back in the classroom, faking sneezes as an excuse to be dismissed.

“Flu ban is off,” read the caption. “School begins today.”

Parrish, the Portland health officer, still believed the best way to block the virus was to focus on people with coughs. If you’re sick, stay home, he insisted. Having a cold in public became punishable as a misdemeanor.

Yet Portlanders increasingly dismissed the warnings and returned to normal life. They started riding the streetcars again, going to work and beginning their holiday shopping.

Two months after the outbreak, Parrish could see that things were getting worse.

Health officials criticized the public for disregarding the health guidelines.

It was clear Portland needed a new strategy.

The mayor proposed an emergency ordinance to officially classify influenza as a “communicable disease,” putting it alongside small pox and scarlet fever. This would make the “stay home” orders to people with the disease legally enforceable.

The mayor ordered Portland police and the Multnomah Guard to back up the health inspectors when they made their rounds.

The following week, the Oregon State Board of Health upgraded influenza's classification, making it legally quarantinable across the entire state.

Ringing in the new year

As Portlanders made their resolutions and cast their wishes for the New Year, no doubt most hoped the pandemic would finally let go of its grip on the city and go away. In the three months since the outbreak began only one day had gone by without an influenza-caused death.

Hospitals were overflowing. New cases were still pouring in by the hundreds. Police stood guard outside hospital doors to block visitors from entering, turning away people with lesser health concerns.

Benson Polytechnic School, the epicenter of the first cases, was converted into a temporary hospital with 200 beds.

The mayor proposed Portland do what cities like San Francisco had done: mandate the wearing of masks.

To prove that he was serious, he threatened a $500 fine (the equivalent of over $9,000 today) and 60 days in jail for anyone who failed to wear a mask in any public space.

The mayor’s ordinance was debated and blocked by the Portland City Council. In colorful language, attorney W. T. Vaughn called the mandatory wearing of masks “unconstitutional,” saying that the proponents of the law “are attempting to muzzle us like a pack of hydrophobia dogs."

Gradually, as January pressed on, the epidemic began to wane.

In Salem, the ban on public gathering was lifted. Schools and theaters that had been closed for several weeks reopened.

Some 7,000 doses of a new serum arrive in Portland. It was called Rosenow, named for a doctor at the Mayo Clinic who had developed it. A dispensary was set up to offer free vaccinations.

At the end of January, Portland had been gripped by the epidemic for nearly four months.

Health officials braced themselves for a third wave. But the number of new cases tapered.

By February, it seemed the virus had finally run its course.

In the end, it had taken the lives of around 3,500 Oregonians.

Although the overall news of the day was still grim, Portlanders could finally breathe just a little more easily.