Turning Around Malheur Wildlife Refuge One Carp Carcass At A Time

This is the first part of a series on challenges facing wildlife refuges. Read part two here.

What could become the largest carp removal project in history got its start recently at the Malheur National Wildlife Refuge in Southeast Oregon.

Commercial fishermen were brought in from the Midwest, where carp fishing is an established industry. Although these guys make a living fishing for huge volumes of carp and other invasive fish, the kind of haul they’re making on this day is on whole new level.

“There’s definitely a huge carp problem out here. I mean, there’s a massive amount of fish,” said Tim Adams as he tossed the fish from net to boat. Adams and his fishing crew usually work in Minnesota and neighboring states, catching carp and helping restore lakes and rivers as a result. 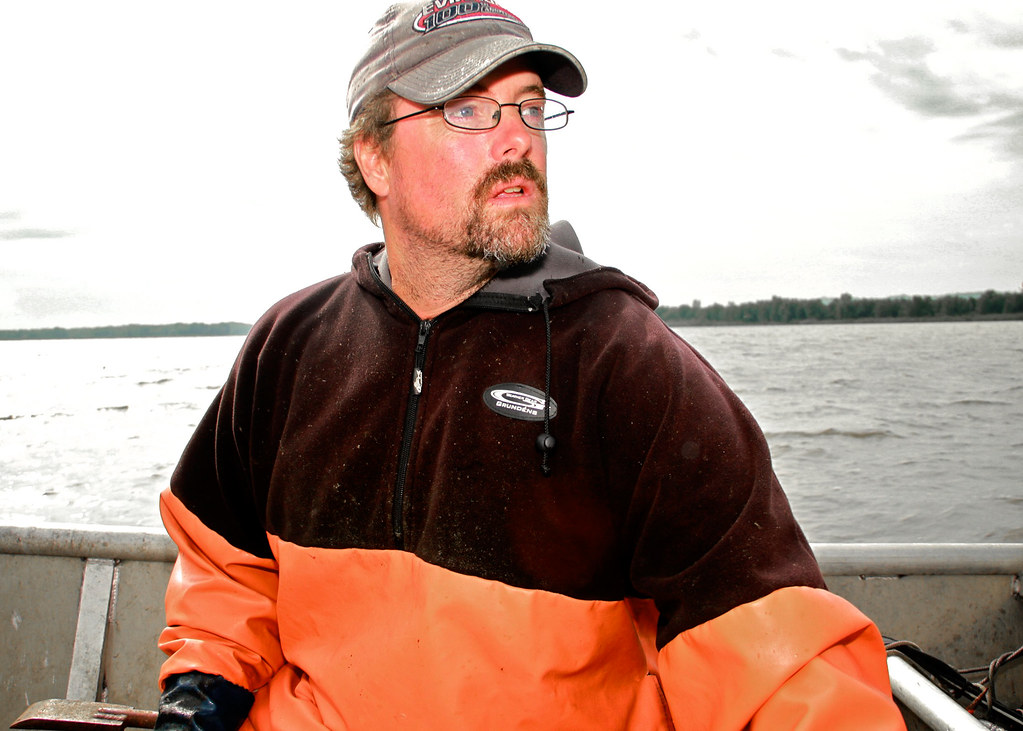 “We’re the carp guys I guess, so to speak,” he chuckles.

Adams isn't just any carp guy. He's one of the stars in a reality show called Bottom Feeders on cable television's Outdoor Channel.

It’s about commercial fishermen who remove unwanted, bottom-feeding carp and other fish by the net full from Midwestern lakes and rivers.

According to the show's website, these fishing crews sell their catch to food processors, which in turn, send the fish to U.S. cities with immigrant populations from countries where carp is a dietary staple.

Adams’ fishing crew came to Oregon on a $35,000 contract for two weeks’ work, paid for by the U.S. Fish and Wildlife Service, Oregon Wildlife Heritage Foundation and Pacific Foods.

Scientists say Malheur Lake once provided expansive habitat for waterfowl and other migratory birds along the Pacific Flyway.

That was before common carp were introduced to the lake. These fish are native to Eurasia. Malheur wildlife biologist Linda Beck says the common carp was brought to the lake as early as the 1920s, likely as a reliable food source for people living in this arid region. 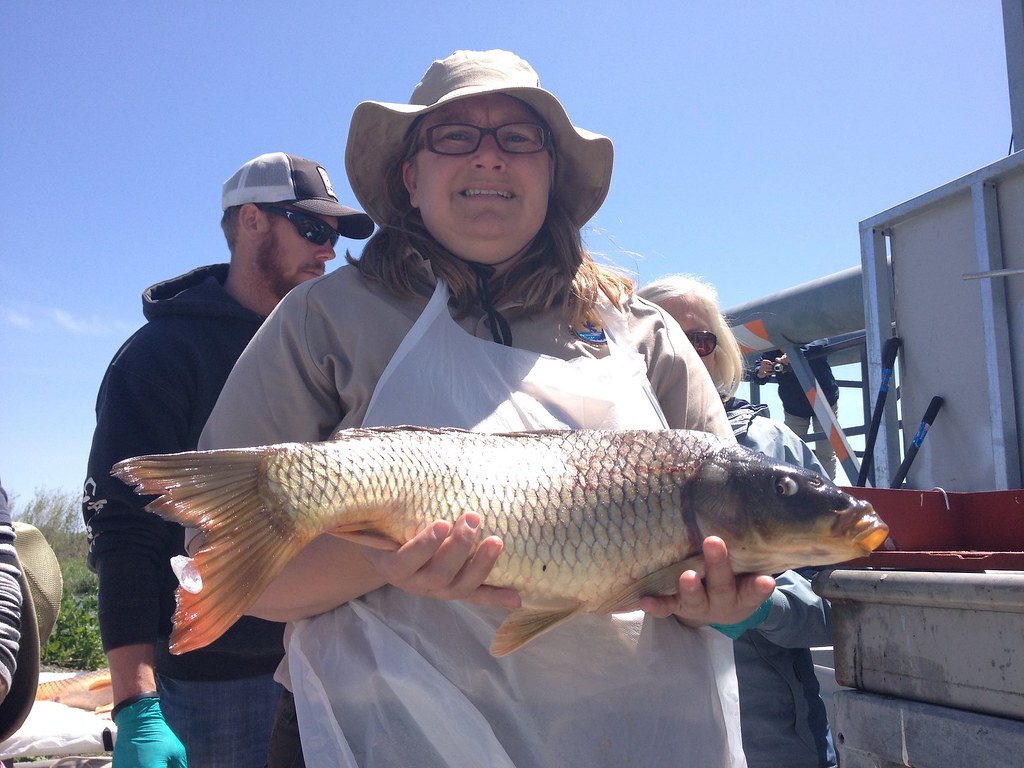 By the 1950s, carp were recognized as an ecological wrecking crew.

Carp are an aggressive species that eat almost anything: fish eggs, insects, waterplants, seeds. They’ve stirred up so much sediment that sunlight can’t penetrate the water.

The fish can withstand extreme heat and cold, and can survive even with very poor water quality. A single adult female can produce a million eggs.

Now the shallow Malheur Lake is mostly brown, open water, free of the plants that provide food, shelter and nesting grounds for the birds. This has presented an environmental problem for decades that’s been incredibly hard to solve, Beck said.

"Carp are so hard to eradicate because they're the perfect invasive species," Beck said. "They're kind of like the feral pig of the waterway."

The lake’s estimated carp population runs in the millions. How many million? Beck said nobody knows for sure — but that’s really not the point.

Dynamite Is No Match For Carp

Refuge managers have thrown everything they could at the carp over the years. This includes dynamite. This includes the poison Rotenone. In the 1970s, they stuck Velcro identification tags onto the fish.

Technology has improved since then and refuge managers have more recently inserted electronic tags into many carp. A selection of the fish pulled from the fishermen’s recent catches are being counted; those with tags are measured and weighed to learn about their life cycle. 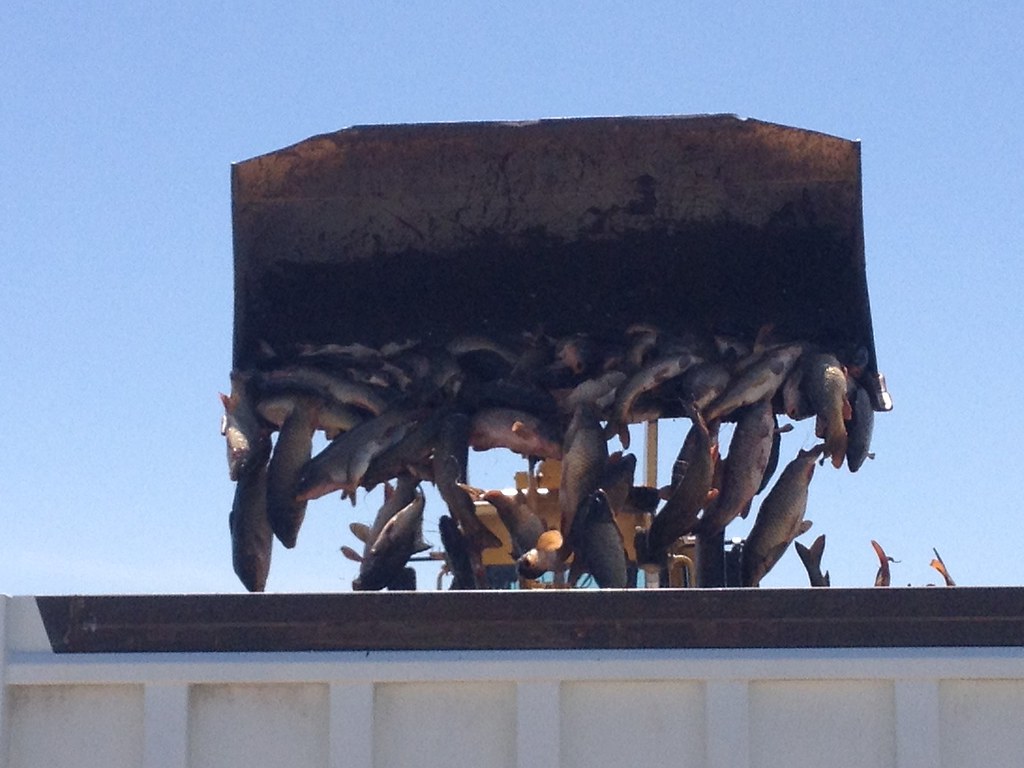 It took a backhoe to dump some of the carp removed from Malheur Lake during a recent fishing operation. Credit: Devan Schwartz

With fewer carp, the bird habitat could be improved. David Bucy is an avid birder from Corvallis, Oregon working to develop an interpretive outreach plan for the refuge.

Because of Malheur’s isolated location, he says the struggles with carp are not always understood regionally in terms of the effects on birds.

But he says migrating birds of the Pacific Flyway only have three options for wildlife refuges in the area — the Malheur, Warner and Klamath. If one refuge isn’t doing well, it puts strain on the others and on all those birds.

“You have this isolated little marsh in Southeast Oregon that is extremely significant for populations of waterfowl all up and down the Pacific Coast,” Bucy said. “We don’t have nearly the number we had decades ago. The birds are disappearing; they’re going away, and that would be pretty sad to see that kind of thing happen.”

Rather than polluted open water, he says the lake should be a marshy wetland filled with reeds and other plants good for birds like trumpeter swans, whitefaced ibis and egrets.

Bucy says Malheur Lake currently has only 5 to 10 percent of the productive bird habitat it provided before carp were introduced.

He says that’s why the issue has gotten the attention of state and national conservation groups. These include the Izaak Walton League, Sierra Club, the Audubon Society, Ducks Unlimited and the Oregon Wildlife Heritage Foundation.

Refuge manager Chad Karges says finding an economical way to deal with all the carp once they’re removed from the lake is key to figuring out whether commercial fishing is a viable option.

Right now, the nearest processing plants are in the Midwest. That would be too far to ship fish from Eastern Oregon. Building a processing plant in central Oregon would be one option, Karges said, or else finding a coastal fishing operation willing to take carp.

To begin addressing the carp problem, Karges found that dealing with local landowners was critical, since the fish also populate and reproduce in the streams and canals that connect to Malheur Lake. And those waters flow through private lands.

Karges said there had been a history of contentious relationships between landowners and the government in the area — and he worked to change that.

Karges says everyone agreed that improving aquatic health should be the refuge’s No. 1 goal.

“We have to have the ability to work with those private landowners in order to sustain any type of carp management activities we implement on the lake itself,” Karges said.

The refuge manager says state and federal laws already regulate water quality from agricultural runoff. And since the carp reduce water quality, the refuge and the private landowners have found a common enemy.

But even with the progress that’s been made, Karges knows that plenty of work still awaits. “We’re working with some of the top carp researchers in the world. They think it’s doable — the path on how to do that is not clear because it’s never been done before at this scale.”

Fish biologist Linda Beck says they will continue to experiment with a variety of methods to learn about and eradicate carp.

This summer, the refuge may use a device known as the Robo-carp.

“It's a boat that could track carp — and so they call it Robo-carp,” Beck said.

The autonomous underwater vehicle, about 5-feet in length, was designed at the University of Minnesota. It is capable of traveling apace with carp that have been fitted with tags that emit radio signals. The technology helps track the location of a school of fish.

Additionally, a grant was secured to try electrocuting carp eggs before they hatch (this was previously used on Yellowstone Lake).

“My vision is within 10 years to really have the lake cleaned up and have a lot of submerged aquatic vegetation and have millions of more birds,” Beck said. 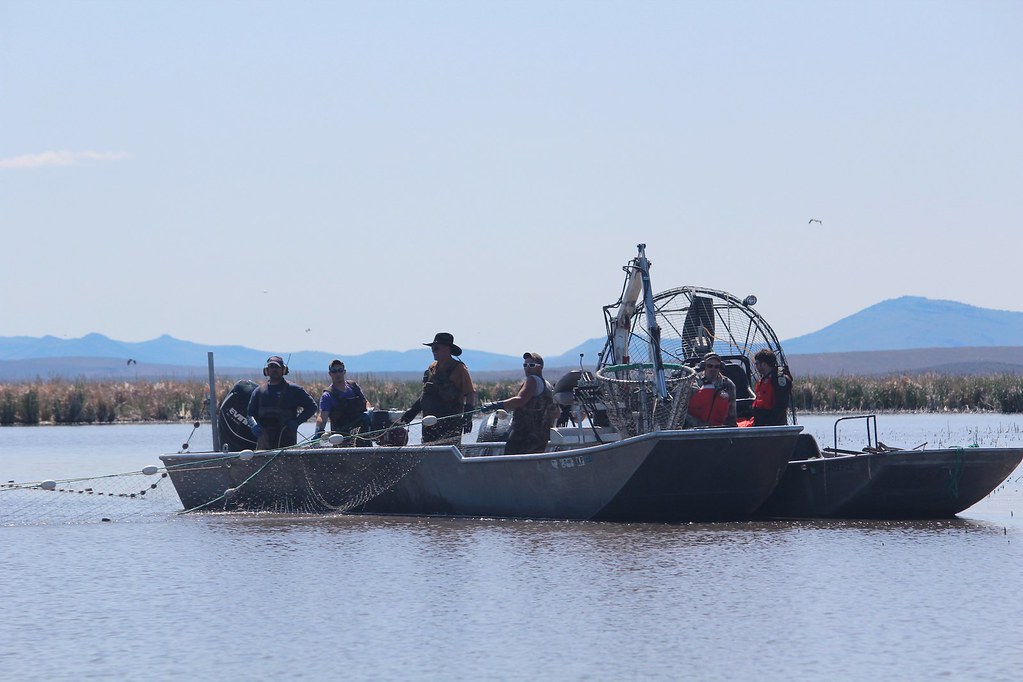 The desert of Eastern Oregon offers a starkly different backdrop for this commercial fishing crew than the Midwestern landscape where they usually work removing invasive fish from lakes and rivers. Credit: Devan Schwartz

Fisherman Tim Adams says the carp could probably never be completely eliminated from Malheur Lake. But if the right amount of time, money and sweat were put into the operation, they could be reduced to a manageable level.

Perhaps a future season of Adams’ reality show will feature him pulling carp not from Minnesota’s 10,000 lakes, but from a wildlife refuge in Oregon.

There's more in our series on challenges facing wildlife refuges.

Monday: Turning Around Malheur Wildlife Refuge One Carp Carcass At A Time

Tuesday: Not Much Refuge In Klamath Basin For Migratory Birds