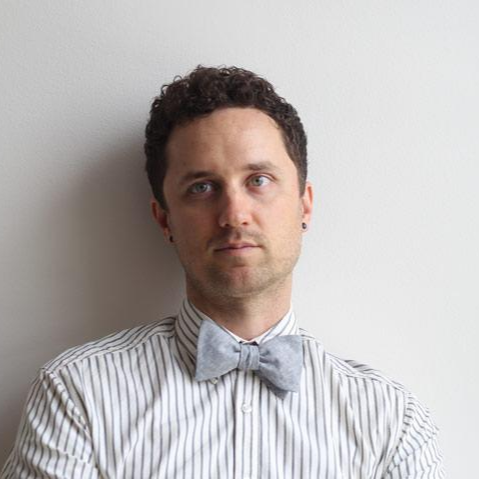 For nearly 40 years, dozens of artists have worked out of the historic Troy Laundry Building in Portland's Central East Side. It's the oldest cooperative art studio in the city. But now, the building has a new owner, and most of those artists are searching for new homes.

The first thing you notice upon stepping onto the second floor of the Troy Laundry Building is how much it feels like a labyrinth. Tight hallways wind around studios. Raw walls decorated with posters and newspaper clippings dating back to the Reagan administration reach only half-way to the 14-foot ceilings. It feels like you're an avant-garde Theseus in search of a papier-mâché Minotaur.

"I gave a workshop on how to build walls and dry wall them and hang doors, and that's how we started," said leather-worker Sean McGonigal, who co-founded the co-op in 1978 with 10 other artists.

With the blessings of the landlord, Bob Hulme, the group built everything themselves to keep the space as affordable as possible. If an artist wanted to leave, they had to find a replacement who fit the community.

"It was much more of a home than any apartment that I lived in," said Elzbieta Osiak, a painter who has run a full-time painting conservation business out of her two tidy studios for 23 years. "I work very long days: 10, 12 hours. There are people who are here during the day, and then there are people who are coming here at night, and pretty much we were like family."

Many of the co-op's nearly 50 artists have been there for decades, holding windows open with twine when the century-old building swelters in the summer and moving their art to avoid a leaky roof in the winter. But last fall, they began to fret their time was limited when a developer bought the nearby Towne Storage Building and ousted all the artists to develop it.

“There was fear that we were next,” said Julia Gardner, a mixed-media artist and jewelry designer who has worked out of a corner studio for 11 years. “It created an agitation throughout the whole creative community and beyond. I've seen a lot of artist being displaced over the last two years.”

Their fears proved prescient. Hulme passed away in the 90s, leaving his widow, Mary, and son, David, to manage the properties. They continued his practice of keeping rents well below market. When Mary died, everyone thought David would take over the property. Instead, Hulme’s will put it in a trust to be sold and divided among his children. He left his brother, Riley Taylor, as the executor, who put it on the market.

“We’re interested for different reasons often than I think a lot of the more institutional developers are,” said Michael Tevis. “Our business is a family business. We use our own capital; we try to hold for as long as possible.”

Tevis’s company, Intrinsic Ventures, specializes in transforming historic buildings into creative hubs and owns nine buildings in Portland and Salem, including the Ford Building. He made an offer in December, but wasn’t able to secure financing for the nearly $6 million price tag in the window Taylor gave them.

“The seller elected to not give us extra time for that approval and pursued other offers,” says Tevis.

At the same time, Taylor worked with the artists to draw up a new lease through March 2017. The artists signed it and sent it back. But instead of getting the extension, they learned in early June that Taylor and Tevis had reconnected. This time, Tevis had funding.

“We went into contract and were able to close in three weeks or so,” says Tevis, calling it his fastest close ever. “We honored the terms of the previous purchase agreement, which is the expiration of the Troy studios lease on June 30.”

Taylor declined to speak with OPB, citing a confidentiality agreement.

Gardner says rumors raced over the walls, but little real information. She met with Tevis last week. He told her he would increase the rates for tenants who wanted to stay to 75 percent of market rates. For most, that meant an increase from $0.62 per square foot to $1.50.

“No artist is staying here because they want to,” says Gardner. “They would love to stay, but not for triple the rent. It's just not feasible for most people in the building.” She adds the only artists she knows are staying are those who’re out of the country and can’t move.

Related: Could The Arts Get Pushed Out Of Portland?

For his part, Tevis says he had to stick with the June 30 deadline because that was his arrangement with the lender. “The timing of it couldn't have worked out worse — it was just extremely unfortunate,” Tevis told me, seated in one of the empty studios he has commissioned as an unofficial office to meet with the artists. “It definitely has not been an eviction. It's been a ‘let's discuss what your needs are, and we'll work it out.’”

Tevis says he has a long history of working with tenants to find space they can afford, even if it means moving into smaller studios or less desirable locations, like the Ford Building basement. He plans to slowly improve the Troy Studios — extending the walls up to the ceiling, upgrading the studio doors, adding heat and perhaps A/C — before fully remodeling the building in a number of years, after the first floor tenant’s lease expires.

“I’m very hopeful that we don’t get into a situation where real estate owners and developers are pitted against artists and makers,” says MaryKay West, a local commercial real estate broker who specializes in working with arts nonprofits and has worked with Tevis in the past. “Landlords are spending money and taking risks — they have a reasonable right to expect a return on their investment. I think our greatest strength is if we bring those contingents together to put public pressure on elected officials,” to find solutions using incentives, subsidies, and the easing of other roadblocks.

While many of the Troy artists hope the city will finally take stronger actions, most feel like it is too late for them. The hallways and studios are full of boxes. Gardner took a break from packing 11 years of supplies and goods to talk with the painter Joanne Radmilovich Kollman.

“That's really the state of a lot of the artists in this building,” said Kollman. “I don't know where they're going.”

The Troy Building will continue to house artists who can afford the higher price point, likely now alongside start-ups and other creative agencies, but the city’s oldest studio co-op will officially dissolve at midnight on June 30th.