In the not so distant future, farmers and private landowners in the Pacific Northwest could be paid to plant trees to generate shade in watersheds that fail to meet cold water standards for salmon.

Two conservation groups, The Freshwater Trust and The Willamette Partnership, have worked with the Oregon Department of Environmental Quality to develop a credit market for reducing water temperature in Oregon.

Now the groups have received $1.5 million from the U.S. Department of Agriculture to expand the project to Washington and Idaho, and to create a standardized thermal credit trading market similar to the existing carbon market.

According to the EPA, more than 35,000 miles of streams and rivers in Oregon, Washington, and Idaho are impaired by warm temperatures.

Proponents of thermal credit trading say the system will create an incentive for cost-effective conservation activities, like tree planting and reducing agricultural diversions, that cool water.

This spring, President Obama gave a shout-out to a novel thermal credit program in Medford coordinated by the Freshwater Trust.

The wastewater treatment plant will purchase credits from farmers and landowners who agree to plant trees along a 40 mile stretch of the Rogue River, shading and cooling the watershed.

The Freshwater Trust is overseeing the thermal credit swap using a tool developed by DEQ called the Shade-o-lator) to calculate exactly how much new shade to create and how many trees to plant to counteract the warm water discharged by the wastewater plant. DEQ is requiring the wastewater facility to purchase two units of cooling credit for every one unit of heat it contributes to the Rogue River. 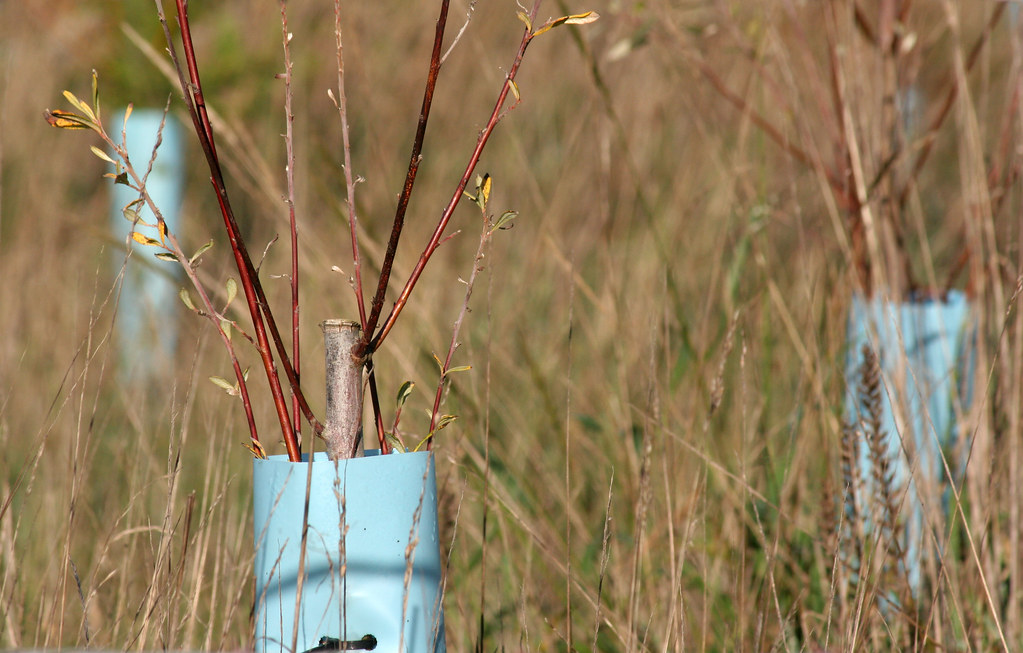 Secretary of Agriculture Tom Vilsack says expanding the thermal credit trading system into Washington and Idaho could improve water quality “in a way that is profitable for farmers and landowners, by encouraging them to participate in conservation and basically paying them for environmental results they can gain.”

The Freshwater Trust and the Willamette Partnership will use the grant to work with regulators todevelop a unified set of standards to govern thermal credit trading in the Northwest and to recruit participants into the new market. In theory, if state regulators agree to the approach, power plants and wastewater treatment facilities could buy the credits to help comply with Clean Water Act temperature standards.

The Freshwater Trust aims to develop similar credit trading protocols for other types of water pollution, in particular nutrient and phosphorus pollution, but says that temperature is the easiest water quality problem to tackle with a credit trading market.