Portland's Vegan Moment Is 100 Years In The Making 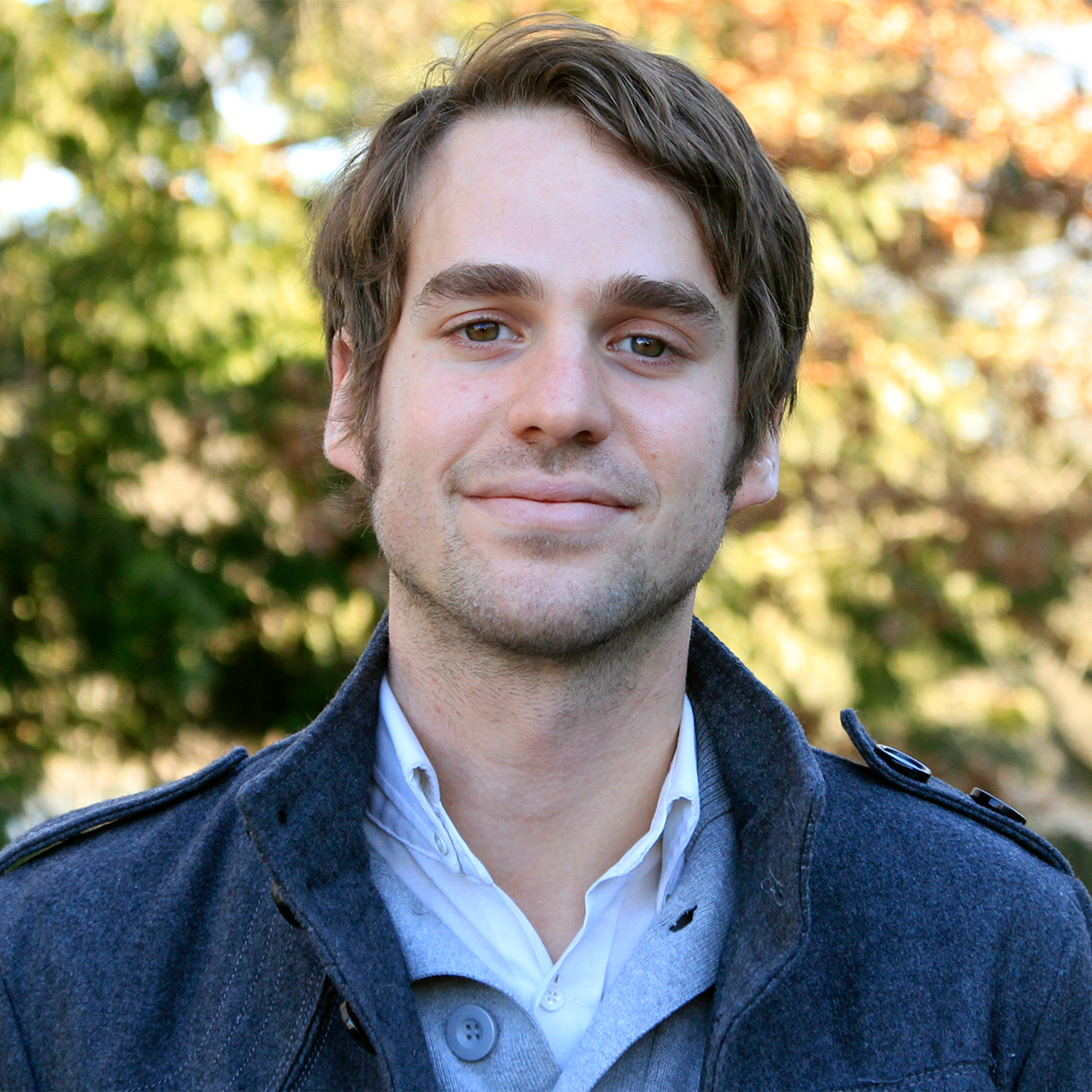 Seth Tibbot stumbled upon the exact thing he needed to take his hobby to the next level: a $25 refrigerator.

He took the fridge home, gutted it, cleaned it and lined the inside with Christmas lights. The fridge would make a great tempeh incubator.

It was 1978, and Tibbot was one the few people in the U.S. growing and selling tempeh, an Indonesian grainy, fermented soybean.

Tibbot had his first taste as a college student on The Farm, the influential vegetarian commune in Tennessee. His love for tempeh inspired an idea for a new business.

He based it around granola.

“There was no granola in my whole college town. Except in the head shop where I was working. Right below the pipes and the papers were these little rainbow bags of granola,” he said.

Five years later he saw granola everywhere. Tibbot believed tempeh could be the next great thing, the next granola.

But today, the food Tibbot once grew inside his refrigerator is in demand. It's a staple in one of the fastest growing diets in the country: veganism.

Veganism is a step further than vegetarianism. Vegans don’t eat any animal products, like cheese, milk or eggs. Despite strict requirements, the diet has become massively popular.

The number of Americans identifying as vegan has gone up 500 percent in three years according to Global Data, a data and analysis consultancy service.

It’s the diet of choice of some of today’s biggest celebrities like Beyonce and Brad Pitt, and Portland is ground-zero in the U.S.

In 2016, PETA (People for the Ethical Treatment of Animals) named the Rose City as the most vegan-friendly city in America. The next year CNN listed it as one of the best cities for vegans in the world.

Beyond eating, vegans can shop for groceries in a vegan mini-mall, eat a meatless barbecue or even visit the world’s first vegan strip club.

This #vegan thing may seem like a recent fad. In reality, Oregon has a history of vegetarianism dating back more than a century.

Seventh Day Adventists had opened Portland’s first vegetarian restaurant in the 1890s. By the turn of the century, the city had three more.

Portland is also home to the country's oldest tofu maker. The still-operating Ota Tofu, opened its doors in 1911. It sold mainly to Chinese and Japanese immigrants.

Vegetarian remained a fringe diet until one explosive ingredient was thrown in the mix: hippies.

"It was a total rebellion," said Jonathan Kauffman, author of "Hippie Food: How Back-to-the-Landers, Longhairs, and Revolutionaries Changed the Way We Eat."

Kauffman interviewed hundreds of people across the country to understand how counterculture shaped the American diet.

“If you read any of the early alternative press articles about food, you couldn’t get more than a few sentences without getting something about war, industry or plastic or the man or ‘Amerikkka.’ It was all tied in,” he said.

The counterculture was replacing processed white bread with whole wheat. They avoided sugar, grew their own vegetables and sought out alternative proteins like tofu.

But a larger message was unfolding: Our choices as consumers matter.

The book "Diet For A Small Planet" by Frances Moore Lappé amplified that message. The best-seller presented a compelling case for vegetarianism. She argued global hunger could be solved if we used the soy fed to animals for humans instead.

It struck a chord beyond the counterculture. More and more people became interested in foods like tofu, granola and whole grains. But finding some of them was still difficult.

“I talked to one macrobiotic guy trying to find brown rice. He had to find a friend of a friend and had to knock on the back door of a karate dojo and pick up five pounds,” Kauffman said.

He was an Ohio college student who had converted to vegetarianism after reading “Diet For A Small Planet." After graduation, he and a friend packed up a Volkswagen Bug and landed in Oregon the day President Richard Nixon resigned, “which was awesome,” he said.

A few years later, Tibbot was selling tempeh in Oregon’s natural food stores and food co-ops — all popping up to feed the growing demand for alternative food.

But others were finding success in this new marketplace.

“People weren’t just forming little stores. They were forming trucking companies and wholesale warehouses and distributors,” Kauffman said. “It was so hard to get some of these foods they were adopting, they had to start their own supply chain.”

Paul Wenner took some leftover rice pilaf from his Gresham restaurant, added mushrooms, oats and cheese, baked it and thus invented the Gardenburger.

It was the first veggie patty to make the leap from health food circles to barbecue grills across the nation.

“[Wenner] had the technology to stamp out a burger. He could make 60 a minute … in an hour he’d have a pallet,” he said. Tibbot, meanwhile, was stamping his burgers by hand. But that painstaking process came only after he grew the tempeh.

“What took him an hour, took me two days,” Tibbot said.

In 1995, Tibbot partnered with chefs Hans and Rhonda Wrobel and together they made a Thanksgiving turkey out of tofu. They called it "Tofurky" and sold 500 that season.

Inspired by the demand, Tibbot went solo the next year and eventually applied the lesson learned from Gardenburger. He made a machine to crank out the Tofurkeys.

Today, Tofurky, Tibbot's company based in Hood River, is a major player in the global fake-meat market.

Tofurky and Gardenburger helped make Thanksgiving and summer barbecues more digestible for vegetarians, and show Oregon as a center for alternative food thinking.

The debate over consumption of any animal product, like dairy or eggs, has raged in vegetarian circles for more than 100 years.

But the name "vegan" was born in 1944 with the inaugural printing of "Vegan News." The newsletter was a result of being denied a non-dairy section in Vegetarian Society's magazine. Its founder, Donald Watson, started a new society and its own newsletter.

Veganism became a lifestyle that went deeper into the how and why we use and consume animals in society.

In a later interview, Watson tied the formation of the society to World War II. "Perhaps it seemed to us a fitting antidote to the sickening experience of the war and a reminder that we should be doing more about the other holocaust that goes on all the time," he said.

By the early 1980s, punk bands around the world were tying together their music with politics and animal rights.

“You would get a record and it would come with a whole booklet,” remembered Chad Miller, co-founder of Food Fight, Portland’s first vegan grocery store.

Poring through liner notes, the young punk fan in Louisiana learned about veganism through bands like Conflict.

Miller, along with his life and business partner, Emiko Badillo, identified with manifestos and recipes in punk zines like "Soy Not Oi." And Miller found more in common with the moralism of a book like "Animal Liberation" than "Diet For A Small Planet."

But by the early 2000s, being a vegan in the U.S. was still very much a DIY endeavor.

There was a lot of cooking and memorization. As a pre-iPhone vegan you needed to remember a glossary of forbidden ingredients in the tiny nutritional label print. For example, "isinglass" in beer or wine is made from the dried swim bladders of fish.

Badillo and Miller grew tired of hunting for vegan products and shopping at the same three stores for food.

In 2003, they decided almost on a whim to start a business. Since they couldn't get a bank loan, they used credit cards to open Food Fight — one of the world's first vegan grocery stores.

It was more vegan bodega than earthy co-op.

“Our whole thing was it’s not all granola hippie food. We’re trying to change the image of it,” Miller said.

They sold "Twinkies," jerky and small batches of halal Skittles from Egypt. At the time, those were the only ones that were vegan. Serving health food wasn’t the goal. “We wanted to show that [veganism] can be fun,” Miller said.

They were surprised by the immediate response. There were punks and activists but there were also customers from the same hippie generation as Seth Tibbot.

Food Fight was also activist-centric and web savvy. They had an early presence in online shopping and an active blog.

It all created a larger-than-life personality for the little store. It held movie nights, punk shows, a lettuce eating competition and even a chocolate chip cookie contest hosted by presidential candidate and vegan Dennis Kucinich.

Food Fight outgrew original space, and with a couple of friends, they opened the world’s first vegan mini-mall in 2007.

There’s a bakery (Sweetpea), a clothing store (Herbivore) and a tattoo shop (Scapegoat).

Put A Tofurky On It

“It was sort of a cascading effect of more and more vegans coming to what they saw as the most-friendly vegan place in America, if not the world,” said Molly Woodstock, a contributor at Portland Monthly magazine.

Woodstock’s been on the vegan beat for five years and has watched the scene explode.

And by 2018, veganism has become mainstream.

Seth Tibbot went from living in a treefort to owning a business that makes more than $40 million a year. Food Fight and the vegan mini-mall are getting serious international attention. A BuzzFeed video visiting the store hit more 16 million views and sent a flood of new tourists to their shops.

But as more and more people adopt a vegan diet, Miller and Badillo grow fonder of the hippie generation before them that tied together politics with their diets.

They see contradictions to the lifestyle trend of veganism in the age of social media. The connection is getting lost between owning a business and maintaining strong political views.

"[On Facebook] posting anything that has to do with immigrant rights and Black Lives Matter, people are [not surprisingly] awful. [They'll say,] 'Business shouldn't be political,'" Badillo said.

"Oh my gosh, where have you been?”

It’s hard not seeing the growing national spotlight on veganism as simply a trend or fad. It very well could be. But at least in Oregon, it's different.

For more than 100 years, the state has been a hotbed for the combination of politics and food. Veganism here isn't just a trend, it's part of Oregon's heritage.