How Are People Dealing With COVID-19 Stress? Likely With A New Pet. 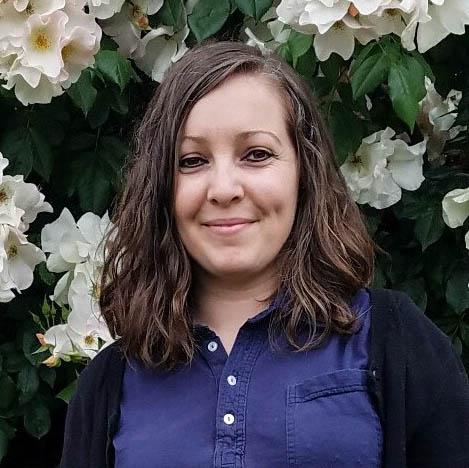 As the coronavirus outbreak keeps many Americans at home, some are reaching out for companionship and seeking new ways to lend a hand. That’s led many animal shelters to see a surge of public interest in pet fostering and permanent adoption — including the Oregon Humane Society, which operates one of the largest shelters on the West Coast out of Portland.

Sharon Harmon, Oregon Humane Society president and CEO, told OPB’s “All Things Considered” that they’ve seen a tremendous increase in community interest in both temporary foster arrangements and adoptions. So much so that after a flood of more than 1,000 applications for emergency pet foster homes, OHS temporarily closed its application window.

The outpouring of community members’ interest in bringing pets into their homes isn’t surprising to Harmon.

“If you think about it, it’s really the perfect time. People are home, they can establish a relationship," she said.  "In times like these, animals bring us something that you just can’t get off the shelf … things that we all need: that unconditional love, that simple joy, just a smile and a warm hug.”

Oregon Humane Society and other shelters across the country face new challenges amid the coronavirus pandemic. In recent weeks, OHS has made an effort to move hundreds of animals out of the shelter into foster homes, to make room for what it expects will soon be a surge in animals coming into the shelter.

“Where we are right now may be just the calm before the storm,” Harmon said, noting that pet care may be more difficult for people who become ill or lose their jobs.

Harmon said the Oregon Humane Society may be uniquely prepared to face this crisis, as a first-responder organization that has provided emergency aid to pets in natural disaster zones, including New Orleans after Hurricane Katrina.

OHS has kennels available that it usually uses to house animals surrendered in criminal and animal cruelty cases. And, the organization learned lessons from the 2008 recession — the primary reason people surrender pets is not being able to keep up with the cost of care, Harmon said.

Meanwhile, the shelter is adjusting to social-distancing measures to slow the spread of the coronavirus. It used to serve as a destination, with hundreds of people passing through each day. That’s done for now. OHS is facilitating adoptions by appointment only.

Harmon said that means far fewer people come through per day, and there's a higher likelihood that the people who do show up will adopt.

OHS has also reduced its on-site workforce. “We’re having [many] of our employees work from home,” Harmon said.

"You need to have your employees be ready to fight the next battle,” Harmon said.

For the Humane Society, there is a clear challenge just ahead: the widespread discontinuation of publicly available spay and neuter programs, including OHS's own program, which helps low-income cat owners access services.

“We’re in the beginning of the peak of cat breeding season, so we’re not only going to see the progeny of the cats we could’ve spayed today, but the cats and kittens that those will have,” Harmon said.

She said much of the Humane Society’s work on cat overpopulation — in the past decade, the program reduced cat intake to its shelters by 94% — may be undone.

Harmon said the shelter has received six animals so far from homes where someone had contracted COVID-19, and that the shelter is following guidelines from the Centers for Disease Control & Prevention on housing these animals. Those guidelines include keeping the animal isolated for a certain period of time.

OHS is also responding to concerns from people with pets about whether the virus can be transmitted between humans and animals. Heightening that concern are recent reports that a tiger at the Bronx Zoo tested positive for the virus.

According to the CDC, there is no evidence that cats and dogs can spread the virus to people. As for the other way around:

“It certainly is on the minds of pet owners. They do not want to give the virus to their pet,” Harmon said.

The CDC says it has not received any reports of pets becoming sick with COVID-19 in the United States. Still, if a person thinks they are sick, they should play it safe by limiting contact with their pet and washing their hands before or after they touch them.

The Oregon Humane Society is providing an FAQ page and helpful links to health and animal organizations on its website.

Despite the many challenges facing shelter organizations and people with companion animals, people have proven willing to help.

OHS's window for emergency foster-home applications is closed, but Harmon said people can follow its social media to keep an eye out for future need. Adoptions are also still continuing by appointment. Other ways to help include donating to local shelters, participating in crafty activities like making toys for cats and dogs, and checking on neighbors with pets to make sure those animals have enough pet food and exercise.

“They’re willing to do amazing things. Foster animals they haven’t met, deal with animals … that they don’t know anything about," Harmon said. "I think what inspires me is … the love we have for animals and the unconditional love pets have for us."