Biologists say it appears the wandering wolf OR-7 has found himself a mate.

Their evidence came from trail cameras set up in the Rogue River-Siskiyou National Forest in Southern Oregon.

"That's how we have evidence that it's a female," said U.S. Fish and Wildlife Service biologist John Stephenson. "We were lucky to catch that on the camera. It was surprising."

The photo was taken May 3. Biologists checked the camera May 7.

Stephenson said he doesn't know for sure that OR-7 is breeding with the female, but it is breeding season. 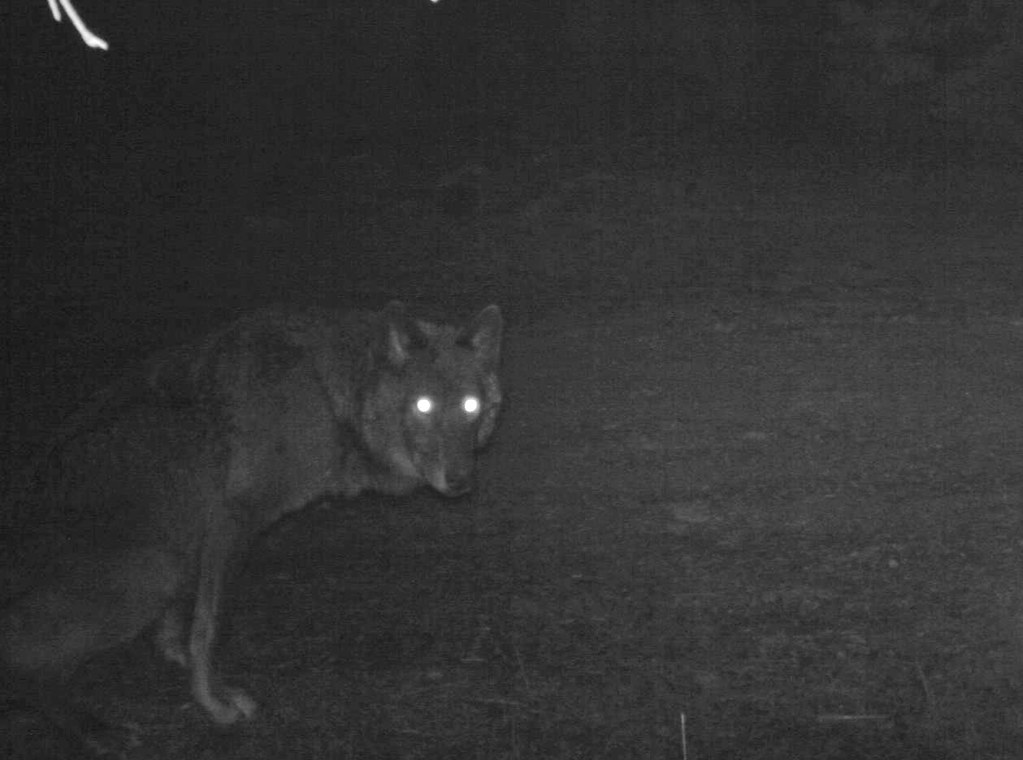 A telltale photo of a female wolf in Southern Oregon.

The GPS collar on OR-7 had been showing him staying in a localized area over the past couple months. That fits the pattern of behavior of breeding wolves.

"It's likely that this new wolf and OR-7 have paired up," he said. "More localized GPS collar data from OR-7 is an indicator that they may have denned. If that's correct, they would be rearing pups at this time of year."

Biologists probably won't be able to confirm the presence of pups until June or later because they won't want to disturb them at such a young age. Pups are generally born in mid-April, so their pups would would be less than a month old by now.

If confirmed, the pups would mark the first known wolf breeding in the Oregon Cascades since the early 20th century.

Wildlife officials were expecting to lose their ability to track OR-7's movements when its GPS collar reached the end of its lifespan this year. Stephenson said if OR-7 and the female wolf do produce pups, wildlife officials likely will re-collar OR-7 to track the newly formed pack.

OR-7 has been in the spotlight since 2011, when he left his pack and traveled solo more than 700 miles from northeast Oregon to northern California. His journey has made headlines across the world and inspired social media activities and a crowd-funded children's book.

Environmental groups celebrated the news that OR-7 is no longer a lone wolf.

“This is an exciting new chapter in the story of OR-7, and for wolf recovery” said Steve Pedery, Conservation Director for Oregon Wild. However, he noted even if the two wolves are breeding, they are the still a long way from being part of a recovered wolf population in Western Oregon.

“It’s a tremendous step forward for wolf recovery," he said. "However it’s also a stark reminder of how far we have to go.”