How A Portland Nonprofit Brings Better Coffee To Your Cup 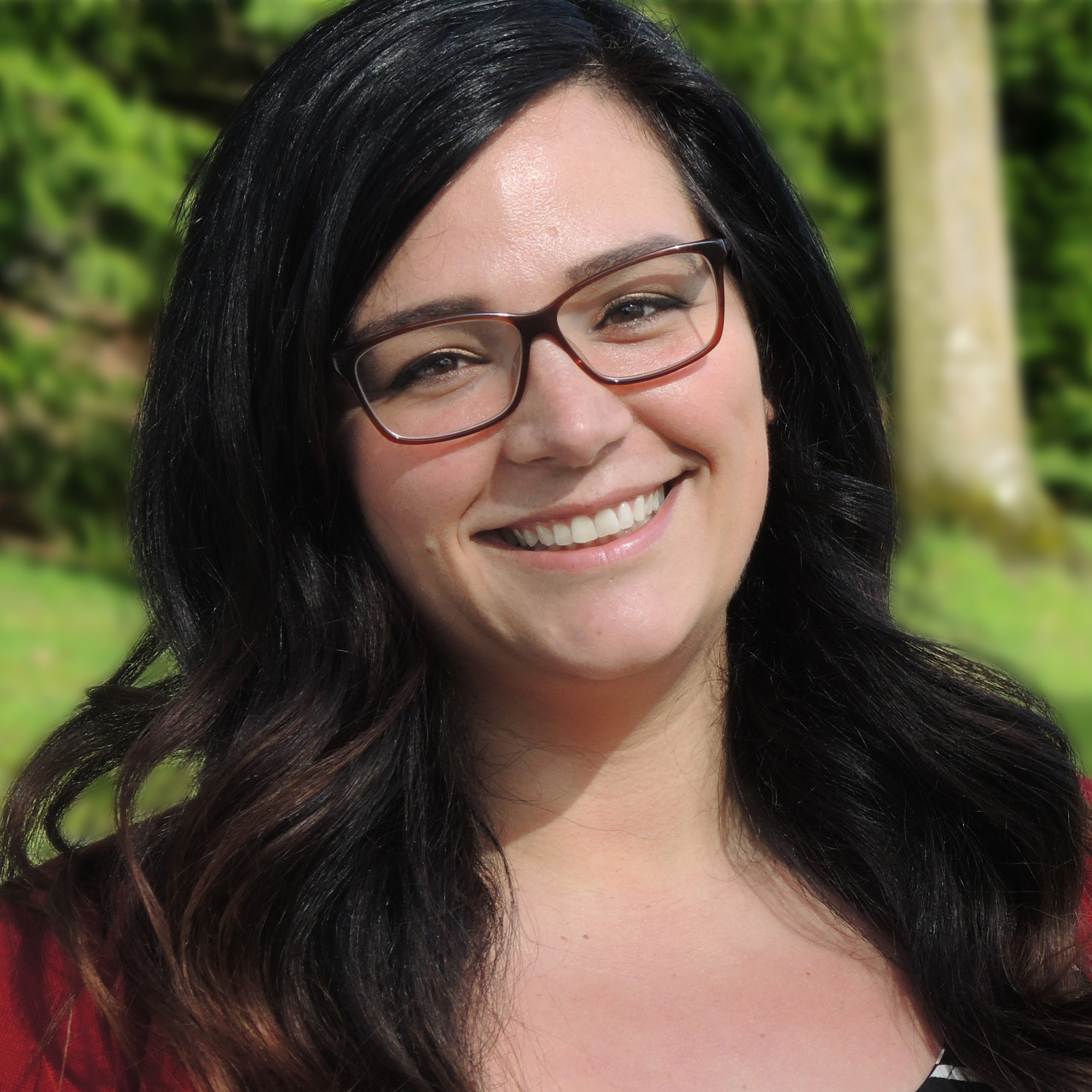 Having coffee is a daily ritual for many around the world. In the U.S., 63% of the adult population drinks coffee every day. And there are a lot of different ways people get their jolt of java — be it a home pour-over, a cup from your local bodega or a natural processed Panama Geisha that, at $75 a cup, was touted as the world's most expensive coffee.

But a lot of us who drink coffee never really stop to think about what it is. First and foremost, it’s an agricultural product — grown, harvested and processed like many of the other foods we eat every day. Few know that coffee bean isn’t a bean at all. It’s the pit of a cherry.

“When I say ‘You realize coffee comes from a cherry …’ a lot of times the look on their faces is, ‘What?’” said Susie Spindler, a legend in the specialty coffee industry.

Spindler co-founded the Alliance for Coffee Excellence and its Cup of Excellence program. For the last two decades, her nonprofit has been a pioneer in building transparency in the coffee industry and helping farmers get more money for producing higher-quality coffee.

Once you know coffee is a fruit, it starts to make more sense that where it’s grown, how it’s processed and even who does the farming could affect how the coffee ends up tasting. Spindler thinks it also gives people a better appreciation for the amount of work that goes into a coffee harvest.

The Search For Specialty Coffee

It wasn't until 1978 that the term "specialty coffee" was coined at an international coffee conference in France, emphasizing the underlying idea that, much like wine, specific microclimates and coffee varieties produce different flavor profiles in the finished, brewed product.

For centuries before that, coffee exported from a specific region was lumped together, sometimes literally, without much thought about the individual farm where different beans were grown.

Spindler helped to change that in the late 1990s. Initially, she was asked to be part of The Gourmet Coffee Project, which looked at transparency and the supply chain of coffee in five countries — Uganda, Bolivia, Ethiopia, Papua New Guinea and Brazil. The project was backed by a global group that included the Common Fund for Commodities, the World Trade Organization, International Trade Centre in Switzerland, and the International Coffee Organization.

The group's objective was to increase the quality and consistency of coffee so growers could earn more for their product and coffee-producing countries could strengthen their economies. The project placed a quality consultant in each country and a marketing consultant for the regional world marketplaces. George Howell was Brazil's quality consultant, working side-by-side with Spindler, the North American marketing consultant.

Howell was already a well-known entity in the coffee business, having sold his 24-store chain and their signature Frappuccino to Starbucks in 1994.

But the pair had an uphill battle.

“Brazil had a reputation that it could not produce specialty,” Spindler said. “And this is what we were fighting against."

Spindler and Howell spent more than two years working with farmers and producers to find higher-quality coffee and educate growers on how to continue to improve their coffee. But importers and coffee roasters in the U.S. were still skeptical.

“Even though the quality had increased,” Spindler said, “we couldn't convince anybody that it was not just a fluke.”

At first, Spindler and Howell thought having a coffee competition in Brazil could be the answer, bringing in people to taste the coffees and rank the best ones. But that idea quickly shifted to a more modern approach.

“It was at a time when eBay was just getting started,” Spindler said. “[We] said, ‘Let's just build an auction platform, and let's see what happens.’”

What happened was history in the making.

They picked 10 coffees to auction off to the highest bidder over the course of three days. The top coffee sold for $2.60 per pound — more than double the commodity price for coffee.

Coffee is sold on commodities markets around the world, just like wheat, cotton, sugar and a host of other agricultural products. But when it comes to coffee, the system is flawed. The current commodities market rate for coffee is around $1 per pound. But a recent study looking at production costs of coffee found, on average, the cost to produce a pound of green, unroasted coffee in Latin America ranges between $1.05 to $1.40 per pound. So for every pound sold at the commodities rate, farmers lose money.

Spindler saw first hand the impact the auction had on farmers, and she wanted to expand the idea that farmers could receive more money for growing higher quality coffee. But there was an issue.

“It was just an experiment, and then the project ended,” Spindler said. “As all projects do, they end right at the time when you go, ‘This is what we need to do’, then there's suddenly no more money.”

But after that first cupping and auction, the whole mindset around where specialty coffee could come from started to change. So with the help of the Brazil Specialty Coffee Association, another auction was held, at the time called "Best of Brazil."

Spindler ended up co-founding the Alliance for Coffee Excellence with Howell, to oversee the Cup of Excellence program. The coffee competition now is often referred to as the "Oscars of the coffee world."

After holding 140 auctions in more than a dozen countries, this month they celebrated their 20th anniversary.

The Cup Of Excellence program allowed farmers to get more money for producing higher quality coffees. But to know how good the coffee was, there needed to be a standardized way to not only describe how it tastes but also give it a numeric score.

A Cup of Excellence cupping form looks a lot like a math worksheet with a table of contents to help cuppers evaluate the coffees. Does the coffee feel velvety and smooth in your mouth or watery and thin? Are the flavors like a melted chocolate bar and fresh berries or more similar to a piece of wet wood?

The form looks at eight major categories: sweetness, acidity, mouthfeel, clean cup, flavor, aftertaste, balance and the overall score. In each category, a coffee is ranked on a scale from zero to eight, including half points. Judges add up all those numbers, then subtract for any defects in the coffee, and come up with a final score. Cup of Excellence coffees must score an 87 or higher – meaning they’re the best of the best.

There’s also a specific process to cupping, from how coarsely you grind the beans to the temperature of the water. Even the aeration, or slurp, of the brew is part of the process.

And it’s something that can be replicated anywhere, from a cafe in Oregon to a farm in Ethiopia, because it’s how coffees from across the world are now evaluated everywhere from “third wave” coffee companies like Stumptown or Intelligentsia, to small micro roasters in Europe, to the biggies like Starbucks or Peet’s.

Back To Brazil And Beyond

This month, Susie Spindler was back in Lavras, Brazil, where that very first auction was held.

Spindler, along with several of the original panel of coffee tasters, were part of Cup of Excellence's 20th anniversary competition.

But before an auction even begins, judges evaluate up to 9,000 samples, with the top coffees tasted more than a hundred times. Even then, only 30 coffees at most can pass to the Cup of Excellence auction.

Over the years, these auctions showed coffee farmers that the extra work was worth it — from being selective about picking only the ripest cherries to using different methods to process their beans.

In the end, people would pay more for better quality coffee. Last year, a honey-processed Costa Rica Gesha broke a Cup of Excellence auction record, going for more than $300 per pound.

"There's a lot of NGOs out there; there's a lot of different kinds of organizations that try to help farmers,” Spindler said. “But the Alliance for Coffee Excellence, if you look at the structure of it, it asks the marketplace to do the right thing for the farmers and just provide some structure in the middle of it to make that happen.”

After two decades, Cup of Excellence auctions have brought in more than $60 million to farmers.