RailAmerica has told the Port of Grays Harbor that it is no longer interested in developing a terminal to export coal from the Hoquiam location.

A company spokesperson told The Daily World newspaper that RailAmerica was shelving its coal plan because a third party was interested in shipping something else from the terminal. 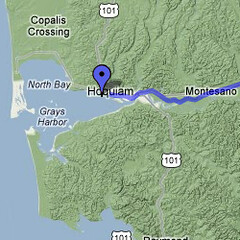 The plan to haul 5 million tons of Powder River coal by rail to the Washington port and then ship it to Asia had earned mixed reviews from the community. Many found the promise of creating 60 jobs attractive. Others said they worried about negative environmental consequences and traffic tie-ups at rail crossings.

Some politicians and state officials had called for a complete environmental review of the plans.

Environmental activists have not waivered from their opposition to all the proposed coal export plans in the Pacific Northwest.

“We’ll continue to keep a close eye on all of the coal companies’ proposals. We believe that as other communities across the Northwest take a closer look at coal export, they’ll come to the same conclusion as Grays Harbor: there are too many impacts and too many costs from coal export," said Power Past Coal's Becky Kelley in a press release.

Correction: August 15, 2012. An earlier version of this story attributed the last quotation to the wrong individual. Power Past Coal's Becky Kelley is the correct speaker.